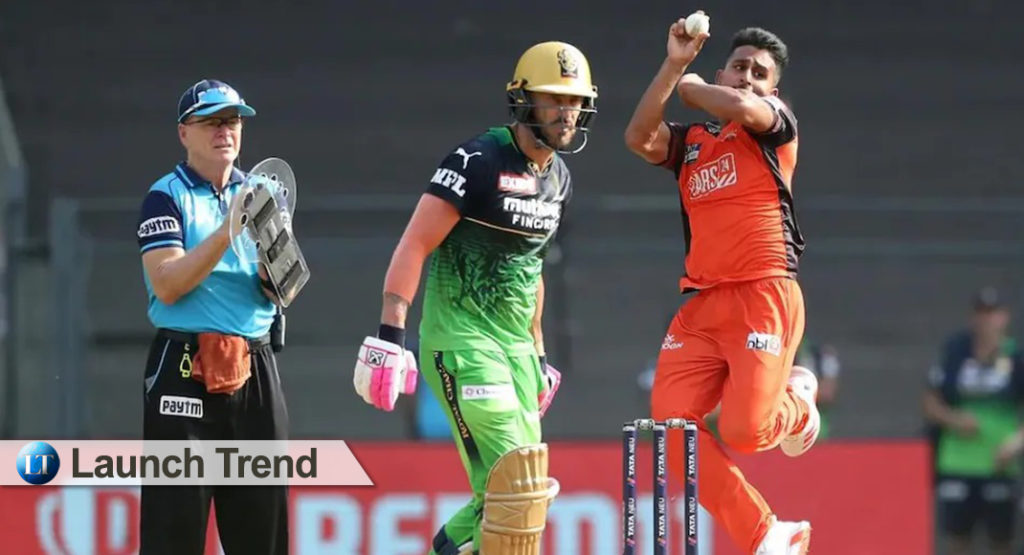 Royal Challengers Bangalore won the toss and opted to bat against Sunrisers Hyderabad in the Indian Premier League on Sunday. RCB made no changes to their playing eleven while SRH replaced Shreyas Gopal and Sean Abbott with Fazalhaq Farooqi and J Suchith.

Faf du Plessis: “It’s nice to win a toss as Kane is winning all of them. We will look to put up a good score on the board. We needed the win after sliding down. Big confidence for the group from the previous game, especially the batting. Hopefully get better with each game. (Siraj form) We’ve got quite a lot of options in the bowling department, if someone is low, there are others to pick up the slack. We’ll think about the run rate if we get an opportunity, for now, it’s about putting on the performance and getting a win. We’re going at the same time. The green initiative is a nice one.”

Royal Challengers Bangalore made 192 for three against Sunrisers Hyderabad after winning the toss and elected to bat at the Wankhede Stadium in Mumbai. RCB made no changes to their playing eleven while SRH replaced Shreyas Gopal and Sean Abbott with Fazalhaq Farooqi and J Suchith. In the day game, Bangalore batters fired in unison to power the team to an intimidating 192-3 in 20 overs. Faf du Plessis remained unbeaten on 73 while Karthik chipped in with 30 not out off just eight deliveries. Rajat Patidar also produced a fine 48 and Maxwell hit a 24-ball 33. For Sunrisers, J Suchith returned 2-30 including the prized scalp of Virat Kohli. After a five-match winning streak, the Sunrisers have slumped to three losses on the trot.