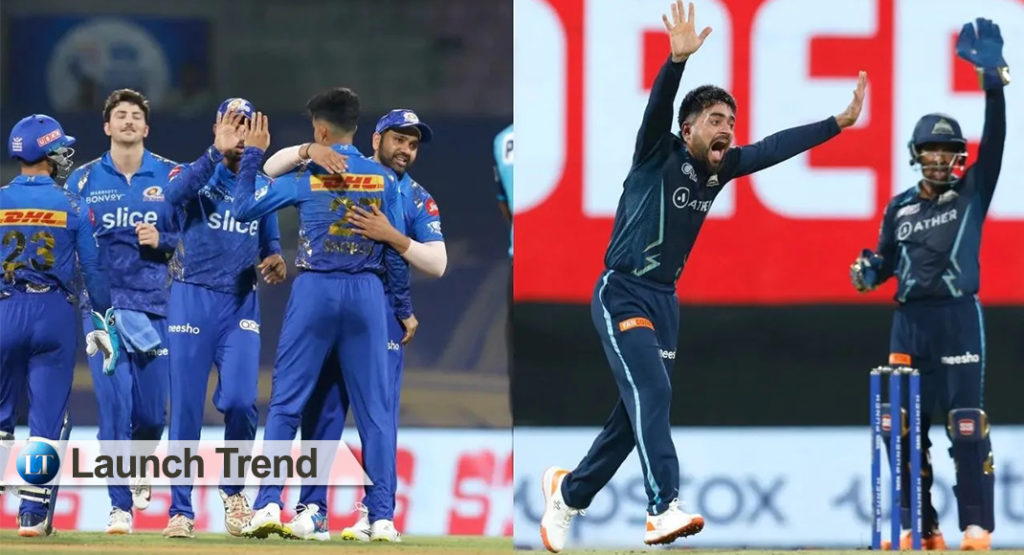 Gujarat Titans won the toss and elected to bowl. The Gujrat Titans team is unchanged. For Mumbai Indians, Murugan Ashwin comes in for Hrithik Shokeen.

Hardik Pandya: “We are gonna bowl first. With the new ball, something might happen, wanted to make sure we get the most out of it. More than the formula, it’s important to get the best things for our team and see how the next games come. We have been quite consistent, one game was bound to happen. It was supposed to come. Batters didn’t do their best, even the bowlers could have been better.”

Rohit Sharma: “We’ve made only one change. M Ashwin in place of Hrithik, (is) just a tactical change. It’s been a tough road for us, we want to finish on a high by playing our best cricket. Not to take too much pressure, we just want to enjoy ourselves which we haven’t done in the first half of the season. The last game was good, hopefully, we can create that momentum. We are all professionals, we know we have to come out with the same mindset, same intensity and prove ourselves we get an opportunity. There have been ups and downs but we’re not too worried about that. We want to play consistent cricket and that’s something we’ll be focussing on today,”

Mumbai Indians faced Gujarat Titans today in match 51 of the Indian Premier League (IPL) 2022 at the Brabourne Stadium on Friday. This is the first time Hardik is playing a game against his previous franchise, where he earned the name and fame. A solid opening stand between Rohit Sharma (43) and Ishan Kishan (45) was followed by late fireworks from Tim David (21-ball 44*) as Mumbai Indians got to 177 for six against Gujarat Titans in Match 51. Rashid Khan (2/24) was the most successful bowler for Gujarat.