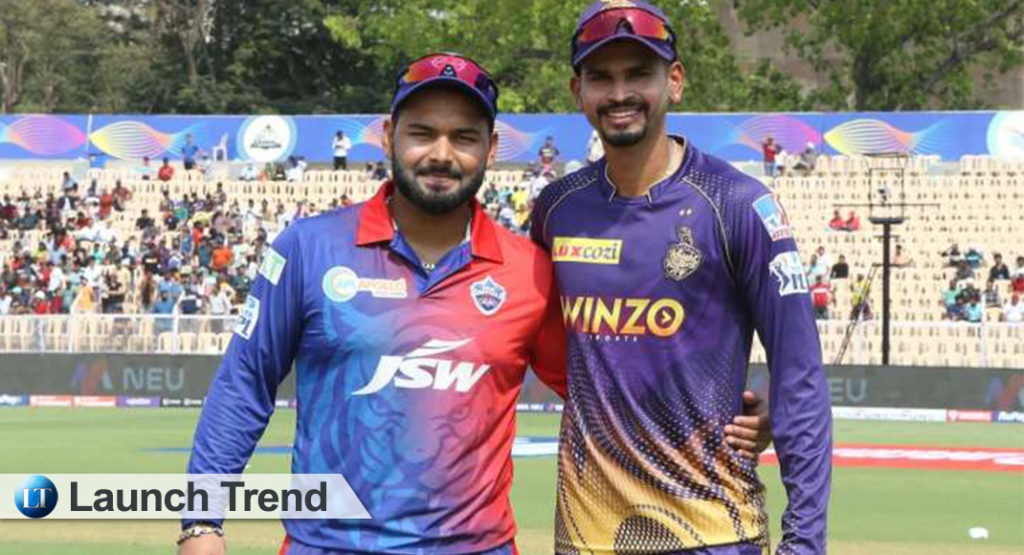 Rishabh Pant has won the toss and Delhi Capitals have opted to field first against KKR at the Wankhede Stadium in Mumbai.

DC have brought in Mitch Marsh and Chetan Sakariya for Khaleel Ahmed and Sarfaraz Khan. For the KKR side also there have been some changes, with Aaron Finch and debutants Baba Indrajith and Harshit Rana. This is Shreyas Iyer’s fiftieth game as skipper in the IPL.

Kolkata Knight Riders scored 146 for nine against Delhi Capitals in their Indian Premier League match on Thursday. With the exception of skipper Shreyas Iyer (42), the KKR top-order struggled to get going against the Capitals’ bowlers at the Wankhede Stadium. Batting at number six, Nitish Rana top-scored with 57 off 34 balls and hit three fours and four sixes, even as the others failed to leave KKR reeling at 35/4 at one stage. Wrist spinner Kuldeep Yadav was the most impressive bowler with figures of 4/14 from three overs, while Mustafizur Rahman took three wickets in a brilliant final over.

What we doing right now! pic.twitter.com/krlGCLE1Qb