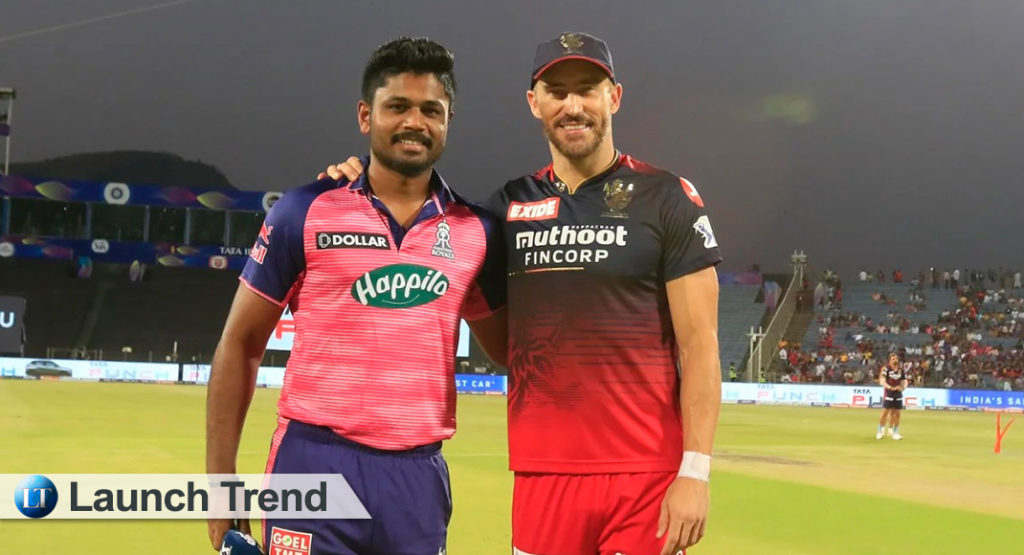 Royal Challengers Bangalore captain Faf du Plessis won the toss and elected to field first against Rajasthan Royals. Faf confirmed that Virat Kohli will open the batting in Pune against the Royals.

Riyan Parag stood tall in the middle as Rajasthan Royals piled a challenging 144/8 against Royal Challengers Bangalore in the Indian Premier League clash at the MCA Stadium, Pune on Tuesday evening. Parag scored an unbeaten 56 off 31 balls, which included three 4s and four 6s. In response, Bangalore lost Virat Kohli cheaply on 9. Faf du Plessis, who looked in good touch, was dismissed on 23, while Glenn Maxwell fell for a golden duck. Earlier in the evening, Rajasthan started on a poor note after being invited to bat first. Openers Devdutt Padikkal and Jos Buttler failed to provide the team with the start they have been getting off to. Sanju Samson showed some resistance but he was dismissed on 27. Shimron Hetmyer too fell cheaply, adding just three runs on the board. Meanwhile, Mohammed Siraj, Josh Hazlewood and Wanindu Hasaranga returned with two wickets each. Harshal Patel also picked one, while Prasidh Krishna was run-out.

Things are looking tough, but we believe in our middle order.