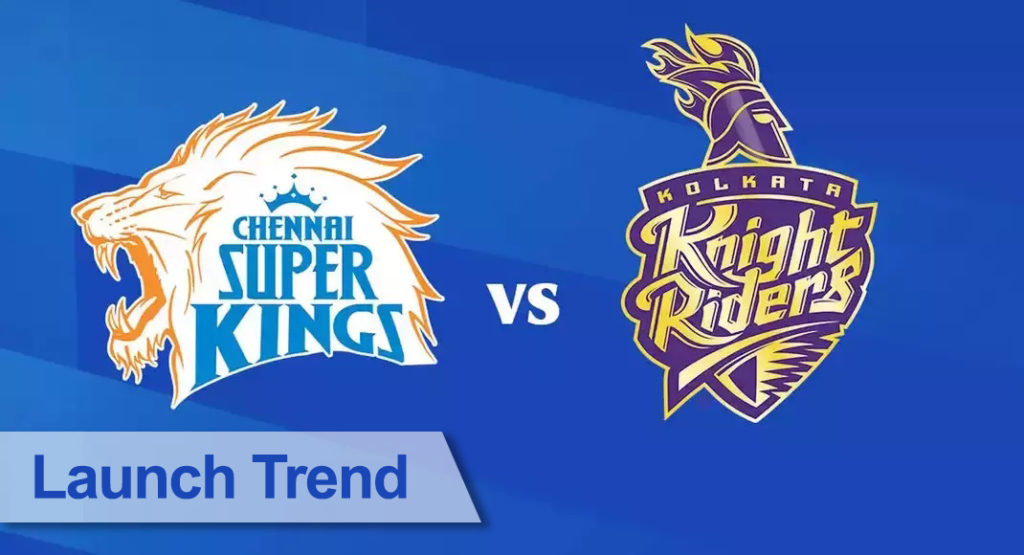 KKR has won the toss and opted to bowl.

Ravindra Jadeja: These are big shoes to fill in. Happy and excited about the new role. We are going with four foreign players. Conway, Bravo, Milne and Santner.

Shreyas Iyer: I am super excited. It is a great honour to don this jersey. The players who have been playing for this unit have done well. The track seems to be better and the dew will come in later. We are going in with three overseas players – Billings, Narine and Russell.

Kolkata Knight Riders pushed Chennai Super Kings on the back foot after jolting the defending champions with early blows in the blockbuster season opener of the Indian Premier League (IPL). Umesh Yadav plucked two early wickets before Varun Chakravarthy and Andre Russell entered the wicket-takers column, leaving CSK tottering at 61/5. But Ravindra Jadeja (26*) and MS Dhoni (50*) did a brilliant job to resurrect Chennai’s innings after early blows. The pair put up 70 to help Chennai post 131/5 in 20 overs. On the bowling front, Umesh picked up two while Russell and Chakravarthy registered one wicket each. Chennai, one of the most consistent sides since the tournament’s inception in 2008, had defeated Kolkata to lift their fourth IPL title last year. A new-look Kolkata unit, led by Shreyas Iyer, will have a chance to take revenge at the Wankhede Stadium. Incidentally, both sides enter the competition under new captains.