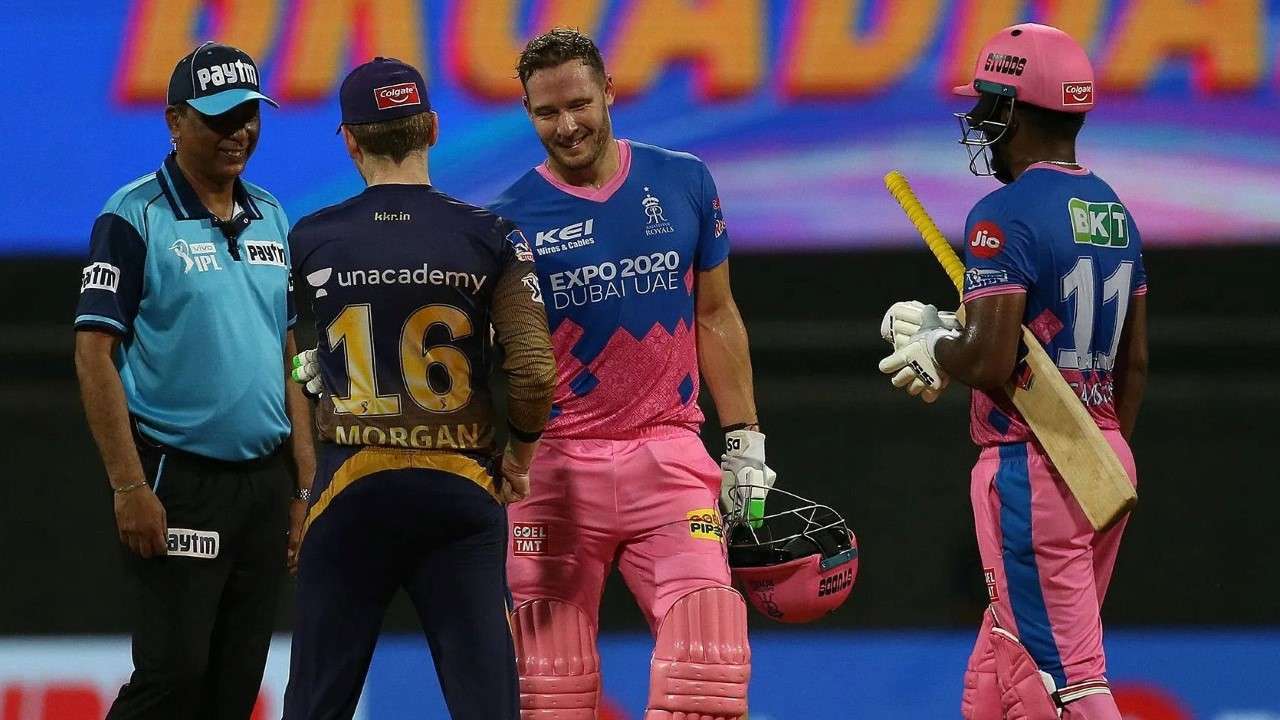 Tewatia drags a Mavi wide delivery onto his stumps and that’s the end of this contest. Kolkata wins by 86 runs and moves to 14 points with an NRR of +0.480. Mumbai will need to win by 171 runs to overtake KKR in the fourth spot. A solid fifty from Shubman Gill (56) at the top and was complemented by some useful contributions from the middle order as Kolkata Knight Riders got to 171 for four against Rajasthan Royals in Sharjah. For RR, Chris Morris, Chetan Sakariya, Rahul Tewatia and Glenn Phillips got a wicket apiece.