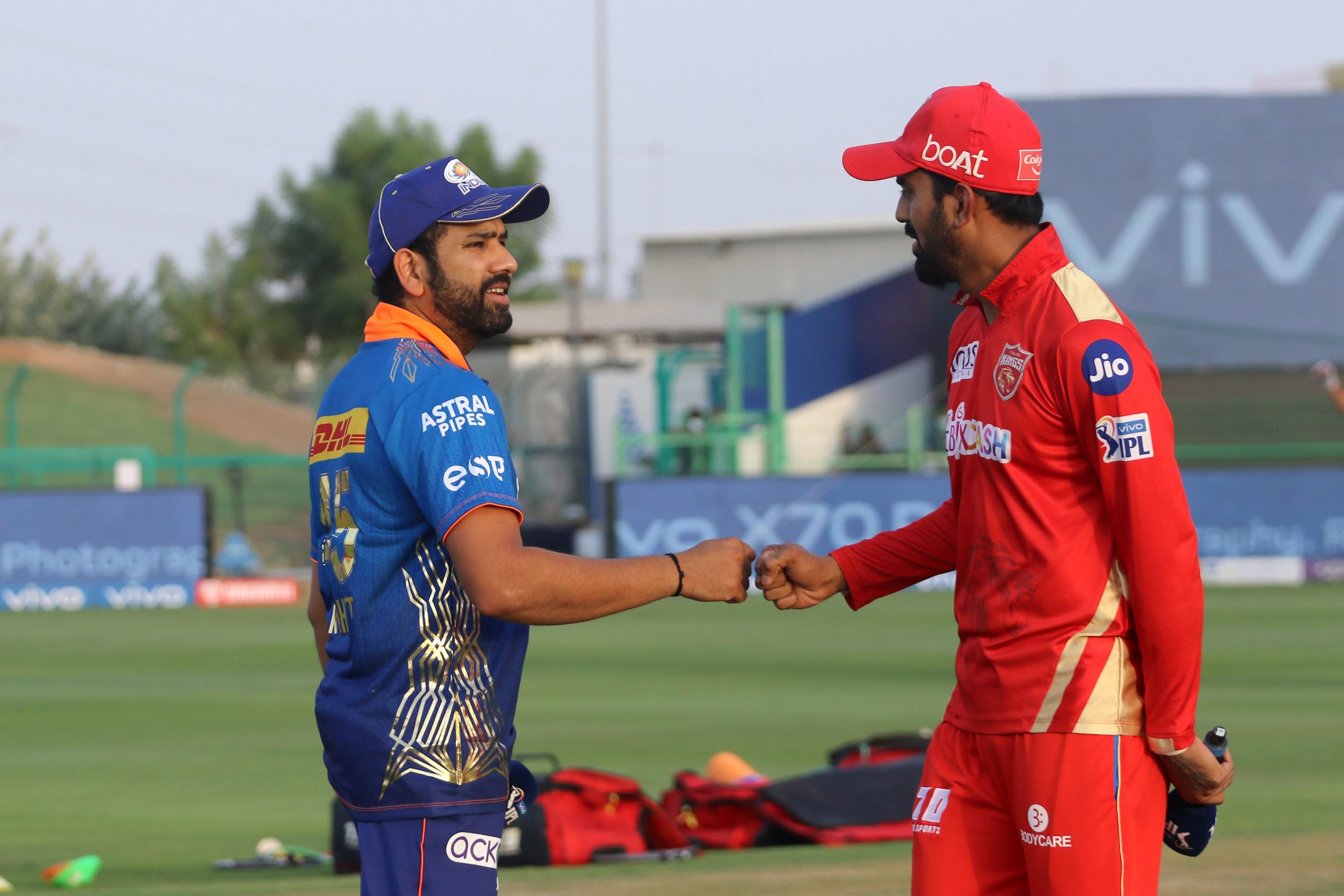 Mumbai Indians (MI) won the toss and decided to bowl first against Punjab Kings (PBKS) in IPL 2021 on Tuesday at the Sheikh Zayed Stadium in Abu Dhabi.

Mumbai Indians announced that they have made two changes for this clash against Punjab Kings when skipper Rohit Sharma opted to field. Ishan Kishan, Adam Milne has been replaced by Saurabh Tiwary and Nathan Coulter-Nile. On the other hand, PBKS skipper KL Rahul revealed that they only have one change as Mayank Agarwal, due to a sore back, has been replaced by Mandeep Singh. Chasing 136, Mumbai Indians lost two wickets inside four overs. After opting to bowl, Mumbai Indians bowlers led by Jasprit Bumrah (2/24) restricted Punjab Kings to 135/6 in Abu Dhabi. Punjab Kings were in trouble early in their innings after losing four wickets inside 8 overs. Aiden Markram top-scored for Punjab with 42, while Kieron Pollard also took 2 wickets for Mumbai.