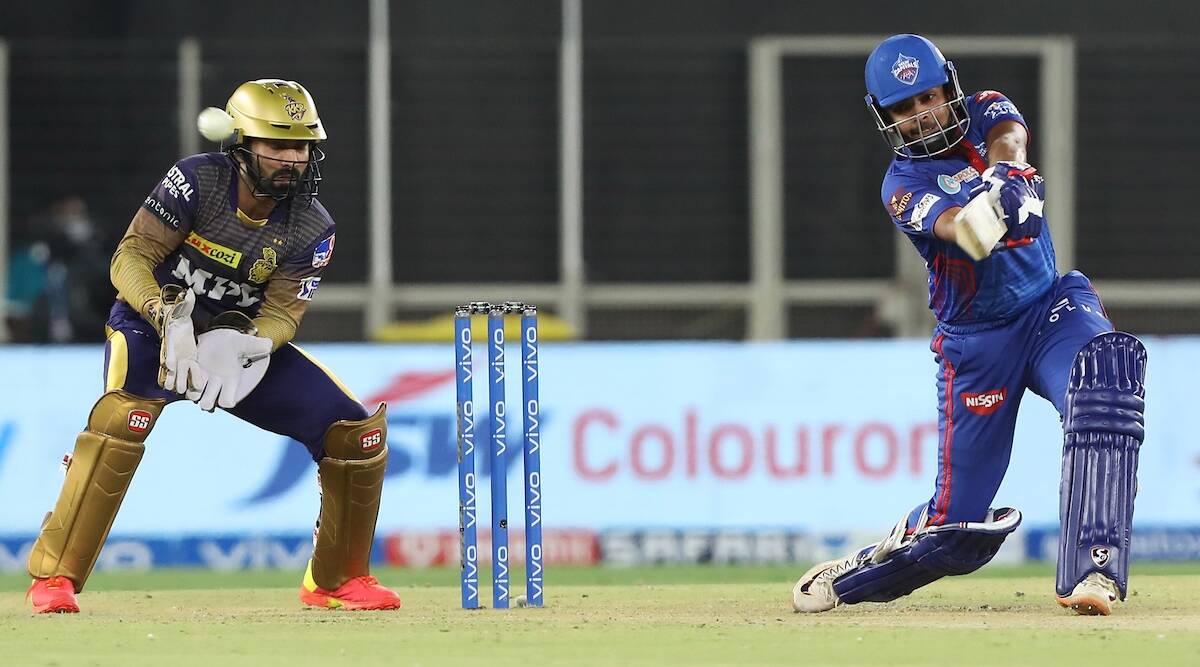 Kolkata Knight Riders won the toss and opted to field first against DC.

Great win for KKR and this has thrown the points table wide open. MI and PBKS will square off next. Kolkata’s win has only increased the pressure on these teams. An all-round performance from the Knights. Won the toss and inserted DC. Kept them to a modest score of 126 and then chased it down with relative ease. There were a few hiccups along the way but they got the job done. Opting to bat first, Sanju Samson (82) and Yashasvi Jaiswal (36) guided Rajasthan Royals to 164/5 against Sunrisers Hyderabad in Dubai. After an early blow, Jaiswal and Samson revived Rajasthan Royals innings with a 56 runs stand for Invited to bat, Delhi Capitals scored 127/9 against Kolkata Knight Riders. Skipper Rishabh Pant played a patient knock of 39 runs for the Capitals while Steve Smith, who replaced Prithvi Shaw, also contributed 39 runs. Lockie Ferguson, Sunil Narine and Venkatesh Iyer claimed two wickets apiece for KKR.

A gutsy show by our batsmen sees us over the line in a low-scoring thriller in Sharjah! 💜💛#KKRvDC #KKR #AmiKKR #IPL2021 pic.twitter.com/WpPMYIuyag