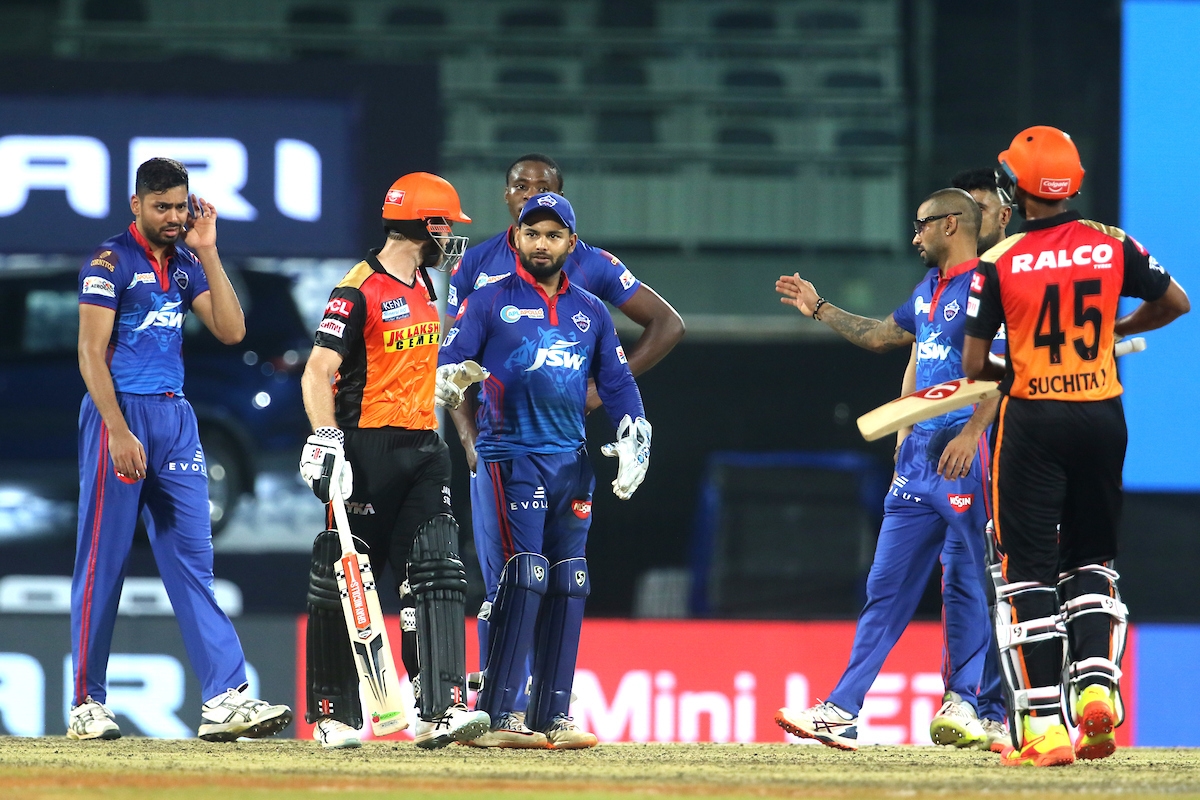 Kane Williamson, SRH captain: We will bat. Looks like a good surface. It is important for us to make use of the conditions first up and get some runs on the board. It is a chance to regroup and put up a better performance. Holder, Rashid and Warner are the foreign players.

Rishabh Pant, DC captain: It is okay [on losing the toss]. We were thinking of bowling first anyway. We are looking to focus on the process and take one match at a time. The overseas players are Nortje, Rabada, Stoinis and Hetmyer. Ash is playing, yes.

An overall bowling effort led by Kagiso Rabada (3/37) helped Delhi Capitals restrict Sunrisers Hyderabad to 134 for nine in Dubai. Along with Rabada, Anrich Nortje and Axar Patel picked up a couple of wickets each. For Sunrisers, Abdul Samad (28) was the top run-scorer. Rashid Khan once again impressed with his batting ability with a quickfire 22 runs that included two fours and a six.