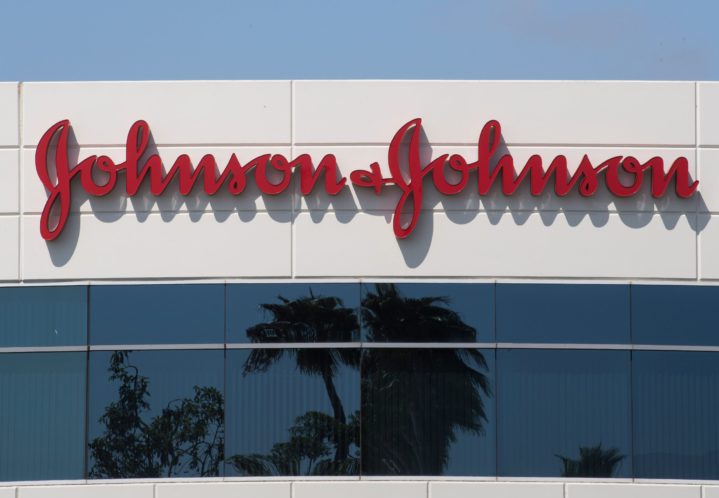 A sign on a building at the Johnson & Johnson campus shows their logo in Irvine, California on August 28, 2019. - The US pharmaceutical industry faces tens of billions of dollars in potential damage payments for fueling the opioid addiction crisis after Oklahoma won a $572 million judgment against drugmaker Johnson & Johnson. (Photo by Mark RALSTON / AFP) (Photo credit should read MARK RALSTON/AFP via Getty Images)

On Monday, the U.S. FDA (Food and Drug Administration) warned of an increased risk of Guillain-Barre, a rare neurological disorder, following the Johnson & Johnson vaccine after 100 preliminary cases of the syndrome were reported among the 12.5M doses administered.

What is Guillain-Barre Syndrome?

Guillain-Barre Syndrome is a rare disorder in which the body’s immune system attacks nerves. Weakness and tingling in extremities are usually the first symptoms. These sensations can quickly spread, eventually paralyzing your whole body.

The FDA noted that 95 of the cases were serious and required hospitalization. There was one death.

While the FDA said it’s updating vaccination materials for health care providers and patients to note an “association” between the vaccine and risk of GBS, the agency said the data are “insufficient to establish a causal relationship.” And, the agency added, it still recommends the vaccine to prevent the serious health risks posed by COVID-19.

Johnson and Johnson said it has discussed the reports with federal regulators at the Food and Drug Administration. “The chance of having this occur is very low, and the rate of reported cases exceeds the background rate by a small degree,” the company said in a statement released Monday.

Similar issues have not been reported in any other vaccines.

The WHO lists the following symptoms for the Guillain-Barré syndrome:

What is Guillain-Barre Syndrome?

Guillain-Barre Syndrome is a rare disorder in which the body’s immune system attacks nerves. Weakness and tingling in extremities are usually the first symptoms. These sensations can quickly spread, eventually paralyzing your whole body.

What are the symptoms of Guillain-Barre Syndrome?

1. Difficulty with eye muscles and vision
2. Difficulty swallowing, speaking or chewing
3. Pricking or pins and needles sensations in the hands and feet
4. Pain that can be severe, particularly at night
5. Coordination problems and unsteadiness
6. Abnormal heartbeat/rate or blood pressure
7. Problems with digestion and/or bladder control.

No, It can affect any age group.

Does Guillain-Barre Syndrome has severe complications?

The global health body states that the symptoms typically last a few weeks but most people most recover fully from even the most severe case of Guillain-Barré syndrome. While some continue to experience weakness, most recover without long-term, severe neurological complications.

Also Read: Child Tax Credit: Everything You Need To Know