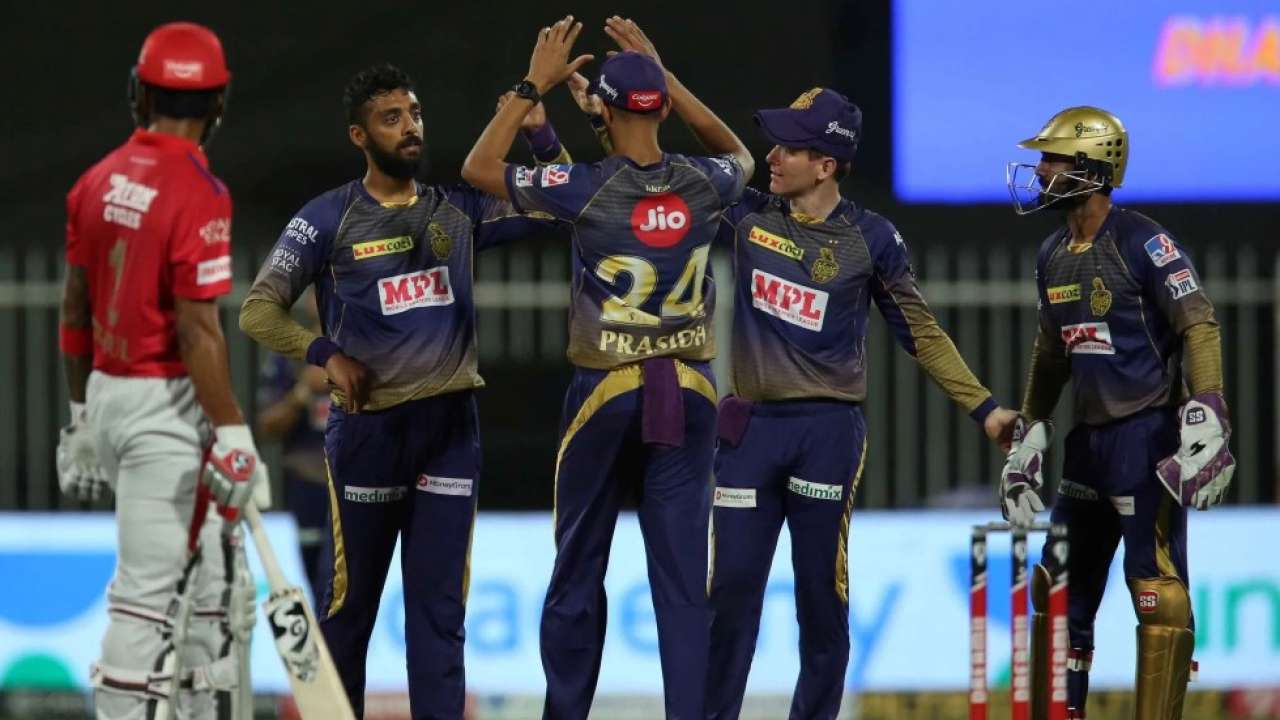 Kolkata Knight Riders opt to bowl. Morgan calls it right and decides to insert Punjab Kings in. He also names an unchanged XI. Only one for KL Rahul’s side as Chris Jordan replaces Fabian Allen.

Kolkata Knight Riders bowlers produced a spectacular performance, restricting Punjab Kings to a lowly 123 for 9 in their IPL encounter at the Narendra Modi Stadium at Motera, Ahmedabad, on Monday. For Punjab, opener Mayank Agarwal top-scored with a painstaking 31 off 34 balls but Chris Jordan’s 30 off 18 balls took them past the 120-run mark. Prasidh Krishna has best figures of 3 for 30, while Pat Cummins and Sunil Narine also chipped in with a couple of wickets each. Earlier, KKR captain Eoin Morgan won the toss and elected to bowl. KKR fielded an unchanged side while pacer Chris Jordan replaced left-arm spinner, Fabien Allen, in the Punjab team. Kolkata Knight Riders, on a free fall in IPL 2021, will look for better fortunes against Punjab Kings. Having suffered four horrible defeats on the trot, Eoin Morgan’s team has looked completely out of sorts. Morgan himself has been the biggest disappointment with just 45 runs from five innings. KKR will need to show more aggression at the top of the batting order where Shubman Gill has been a failure. Despite depth in batting, KKR’s middle order has only shown flashes of brilliance but these have very few and far between. Punjab Kings, with two wins from five matches, are slightly better off. Ravi Bishnoi has added variety to the bowling where young pacer Arshdeep Singh has been a delight.

Russell falls short while rushing for a single 🙁