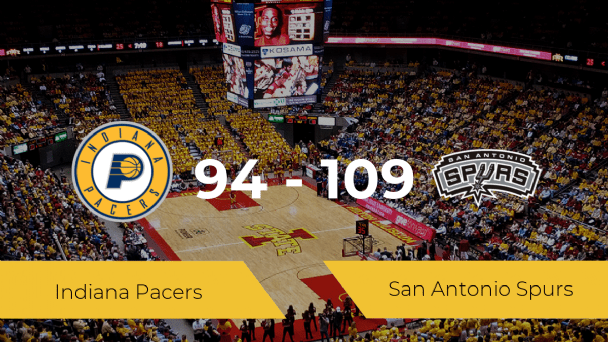 Pacers 94-109 Spurs: Jakob Pöltl celebrated his 100th victory in the dress of the San Antonio Spurs in the regular NBA season on Monday. The Texans won the 198th outing of the Viennese away against the Indiana Pacers 109-94. The 25-year-old centre contributed 16 points, seven rebounds, two steals as well as one assist and one block in 24:37 minutes. In the middle of the final quarter, he committed his sixth foul.

The Spurs got off to a strong start in Indianapolis and were already leading with 36:21 after the first section. That was the cornerstone of victory. Top scorer Derrick White scored 16 of his 25 points in the first twelve minutes of the game. Pöltl described the win as solid. “After a strong first quarter, we didn’t give up the lead. They (the Pacers, note) brought the ball quickly and caught us with it a few times, but generally we played very good defense and it was below 33 percent (hit rate , Note) kept out of the field, “said the domestic NBA pioneer. The Spurs will play against Miami Heat on Wednesday.

League leaders Utah Jazz returned the favor to the Los Angeles Lakers with 111: 97 for the 115: 127 nV on Saturday. Pursuit Phoenix Suns wrestled the Milwaukee Bucks away with 128: 127 nV. The Golden State Warriors, possible opponents of the Spurs in the play-in, surprised with a 107: 96 in the Philadelphia 76ers, the current number one in the Eastern Conference. Stephen Curry, who contributed 49 points in a duel with his brother Seth’s team, was once again unstoppable. The Guard posted 30 or more points in a game for the eleventh time in a row.

The guard Derrick White and the Austrian center Jakob Poeltl combined with 41 points in front of the attack of the San Antonio Spurs who defeated at home 94-109 at the Indiana Pacers and got the second consecutive win.

White scored 16 of his 25 points in the first quarter, while Poeltl finished with 16 points and seven rebounds.

Another point guard, Malcolm Brogdon, and guard Caris LeVert each scored 18 points as leaders for Indiana, which has lost three straight games.

The Pacers did not have the two-time All-Star, Lithuanian power forward Domantas Sabonis with a sore back, and defensive player of the year candidate, center Myles Turner, with an injured right foot.

They also didn’t have forward TJ Warren, who will miss the rest of the season with a stress fracture to his left foot.

Turner’s replacement, 21-year-old Georgian centre Goga Bitadze, also did not finish the game due to a sprained left ankle.