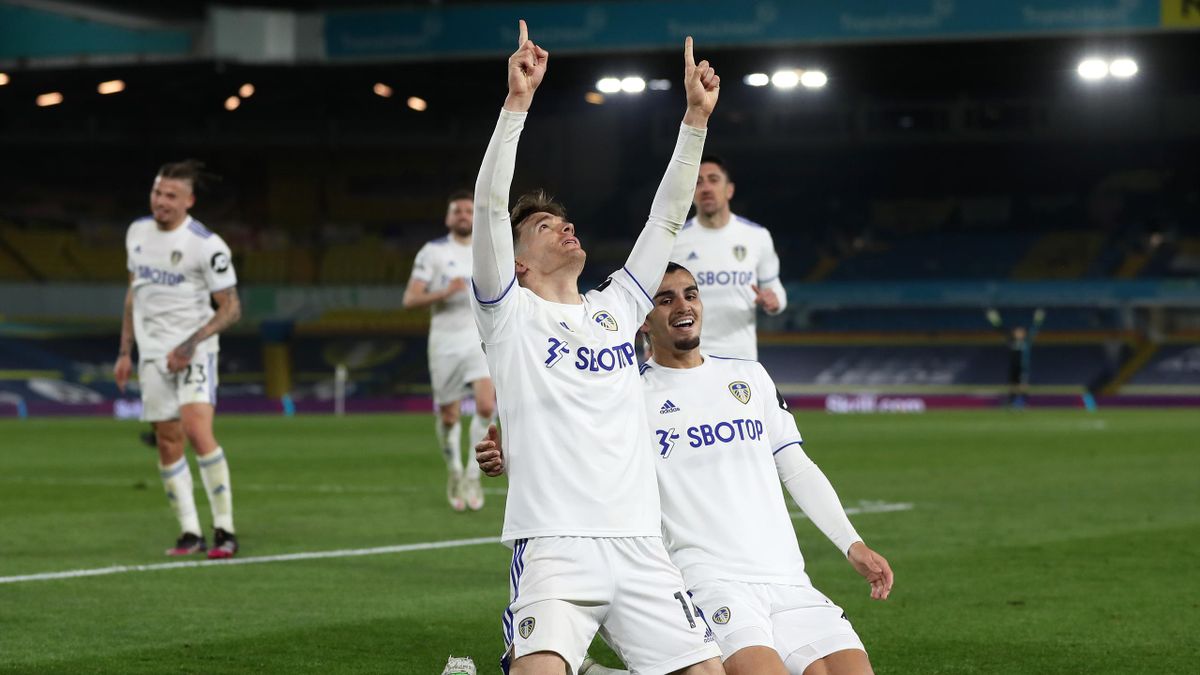 Leeds United 1-1 Liverpool: Diego Llorente headed home a late equaliser to give Leeds United a 1-1 draw and check Liverpool’s Champions League qualification hopes – at least insofar as such an ambition can still be understood.

The build-up to Monday’s clash was dominated by fallout from the announcement of a deeply controversial European Super League, of which Liverpool are set to be one of 12 founder members.

It was a strange night at Elland Road, following the day’s depressing developments regarding the emergence of a European Super League.

In the first half, Liverpool focused admirably on the job in hand, however, dominating the match and taking the lead through Sadio Mane.

The visitors were hugely disappointing after the interval, though, and Diego Llorente’s late header earned Leeds a deserved point.

Leeds strike back late on to claim a point#LEELIV pic.twitter.com/bsiul3O4b0

It was a key slip-up in the Champions League race, but frankly, will it even end up meaning anything?

The right-back provided constant quality down the right flank, assisting Mane for Liverpool’s goal and always looking a threat.

TIA’s Joanna Durkan hailed Trent’s “seventh assist of the season”, while Ian Doyle of the Echo felt he was a “constant threat on the overlap.”

In second place was Alisson (7.1), with the Brazilian a much improved presence between the sticks for the Reds.

He made four saves, according to FotMob, one of which was an expert stop with his foot, and completed 80 percent of his passes.

Mane (6.5) and Diogo Jota (6.5) were joint-third in the reckoning, although neither were exactly exceptional at Elland Road.

Doyle thought Mane showed “plenty of endeavour and purpose” in the opening 45 minutes, but claimed he found it “difficult” in the second half.

Meanwhile, Jota made a total of eight recoveries, but did only win four out of 16 duels, also missing one glorious chance with a header.

Gini Wijnaldum (5.3) got the lowest score, following a forgettable showing in the middle of the park that led to Durkan pointing out that his 24 touches were the “least of any member of the starting XI.”

Liverpool now has four full days to prepare for the visit of Newcastle in the early Saturday kickoff.