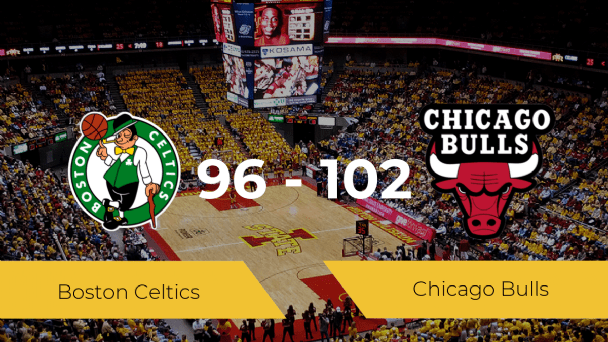 Celtics 96-102 Bulls: The Bulls have a difficult road to travel if they want to secure a spot in the playoffs in Boston(AP).

But they feel like replicating their defensive effort from the past two games might be the thing that helps them get there.

Nikola Vucevic had 29 points and nine rebounds, and Chicago held off the Boston Celtics 102-96 on Monday night.

Coby White added 19 points and seven assists to help the Bulls snap Boston’s season-high six-game winning streak. Chicago has won its last two since a five-game skid to nudge in front of Toronto for 10th place in the Eastern Conference standings. Both wins have come without guard Zach LaVine, who remained in the health and safety protocols for the third straight game.

This passing is a thing of beauty pic.twitter.com/w9SArwFuse

Turnovers were Boston’s worst enemy Monday night against Chicago. The team committed three big ones during the final three minutes of a tight game, even though two were logged as blocked shots in the box score.

Boston trailed by two points when the first blocked shot arrived at the 2:49 mark of the fourth quarter. Jayson Tatum went up for a shot in the paint but was stripped during the process by Garrett Temple. Just 31 seconds later, with the score unchanged, the exact same thing happened to Jaylen Brown, who was rising up for a turnaround shot in the paint before he was stripped by Patrick Williams.

The final dagger of a turnover arrived at the 1:12 mark with Boston trailing by four after Romeo Langford made an incredible defensive play to give his team a chance on offense. The same two Celtics were involved in the turnover, as Tatum took the ball in transition and attempted to toss an entry pass over the top to Brown, who had tried to post up Coby White. Brown and White collided as the ball was in the air, which allowed White just enough space to sneak in and tip the pass away.

Those three plays were crucial to the final result of the game. From that point on, Boston was stuck in an uphill battle against both the Bulls and the clock. The C’s never again had possession of the ball with a chance to tie or take a lead before falling 102-96.

Bulls: Daniel Theis, who was dealt by Boston at the trade deadline, finished with six points, six rebounds and four assists in his first matchup against his former team. … Chicago scored 16 points of Boston turnovers.

Celtics: Celtics hit their first four shots, taking a 9-0 lead. Brown scored 13 of Boston’s first 21 points. Stevens said Williams, who also sat out Saturday, could be available for their matchup with Phoenix on Thursday. Fournier is expected to have a final test before being removed from the health and safety protocols list sometime this week.

UP NEXT BULLS & CELTICS: