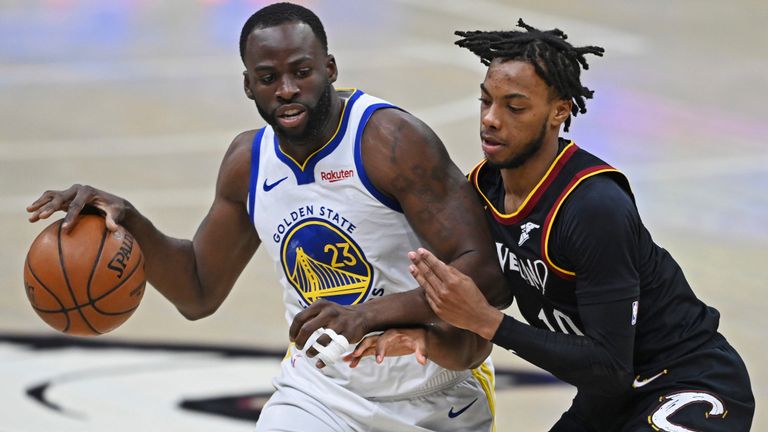 Stephen Curry led his team to victory with 33 points and five assists while Andrew Wiggins dropped 23 points for the Warriors.

Juan Toscano-Anderson came off the bench to add 20 points, and Draymond Green finished with five points, 10 rebounds, and eight assists.

For the Cavaliers, Collin Sexton scored 30 points and Darius Garland played with 20 points and seven assists.

Jarrett Allen racked up a double-double with 17 points and 14 rebounds.

The Warriors improved to a 28-28 win/loss record in the Western Conference.

Warriors: G Kelly Oubre Jr. (left wrist soreness) missed his sixth consecutive game and will be re-evaluated Friday. Kerr said Oubre will perform some basketball drills before being examined. … Wiggins was the No. 1 pick in the 2014 draft by Cleveland, but was traded to Minnesota for F Kevin Love two months later. … Assistant coach Mike Brown piloted the Cavaliers’ to their first NBA Finals appearance in 2007.

The Cavaliers’ loss puts them three games behind the Chicago Bulls for the 10th seed in the Eastern Conference, which will earn a spot in the NBA’s play-in tournament for whoever gets it. The race for that berth will heat up Saturday night when Cleveland travels to Chicago to face the Bulls.

Warriors: At Boston on Saturday for the second game on a season-high, five-game road trip that ends on April 21 at Washington.

Cavaliers: At Chicago on Saturday. The Central Division foes will meet twice in a five-day span, completing the home-and-home set on April 21.