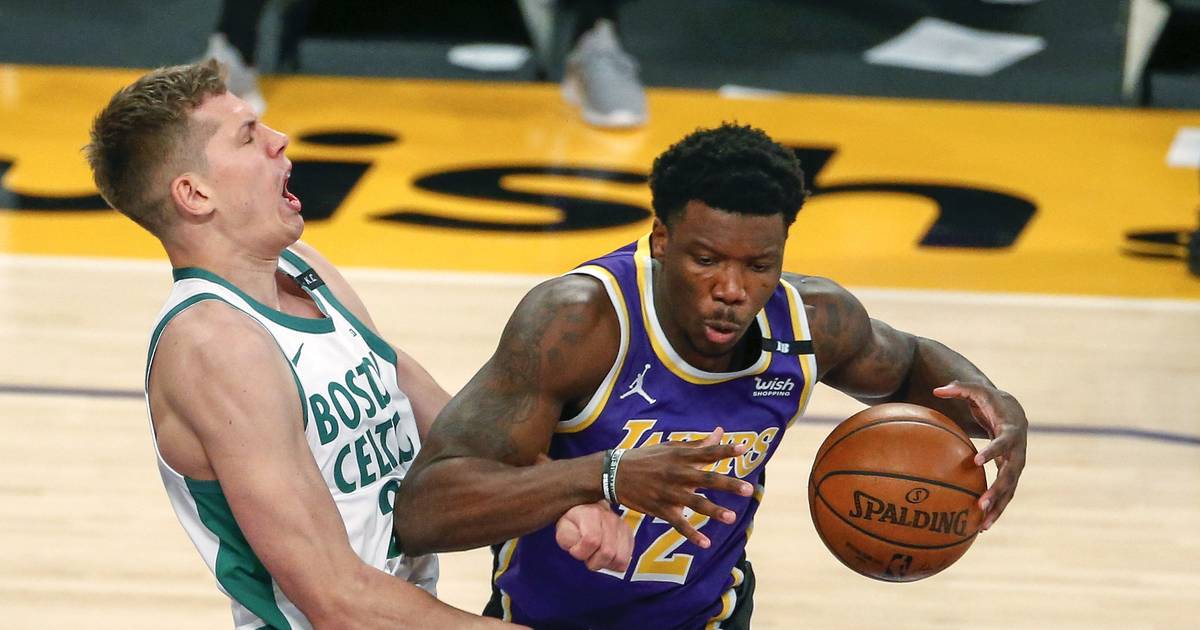 The Boston Celtics blew most of a 27-point lead in the fourth quarter before holding on for a 121-113 victory over the Los Angeles Lakers.

Jaylen Brown scored four of his 40 points in the final minute, and the Boston Celtics blew most of a 27-point lead in the fourth quarter before holding on for their fifth straight victory, 121-113 over the Los Angeles Lakers on Thursday night.

Now you see it, now you don’t.

Brown made 13 of his first 14 shots and hit three 3-pointers while falling two points shy of his career high for the Celtics, who have won eight of 11 despite an embarrassing finish at Staples Center.

Boston led 113-86 with seven minutes to play, shortly after coach Brad Stevens pulled his starters. But Talen Horton-Tucker and Ben McLemore led a 24-2 run by the Lakers that forced Brown and Boston’s first string back into the game.

Brown hit a floater through contact and added a leaning jumper with 32 seconds left to squelch the Lakers’ rally, and Boston split the season series between these historic rivals.

The Celtics messed around and allowed the undermanned Los Angeles Lakers hang around for three quarters Thursday night.

Then Boston threw and landed a knockout punch that dropped the Lakers to the floor.

The C’s opened up the fourth quarter by scoring eight straight points over the first 77 seconds of the frame to blow their lead open to 20 points. After a Los Angeles timeout, they scored another bucket to make it 10 straight points while upping their lead to 22.

Los Angeles called a timeout following Pritchard’s triple at the 10:43 mark of the period, but that timeout did no good. Boston continued to trample the Lakers until its starters were pulled from the game. The C’s eventually built a 27-point lead before holding off a late Lakers rally for a 121-113 victory.

Jaylen Brown was the man who initiated Boston’s knockout punch, as he scored the quarter’s first five points via a 3-pointer and a transition layup. Payton Pritchard made it eight straight points when he drilled a 3-pointer of his own to knock the Lakers out for good.