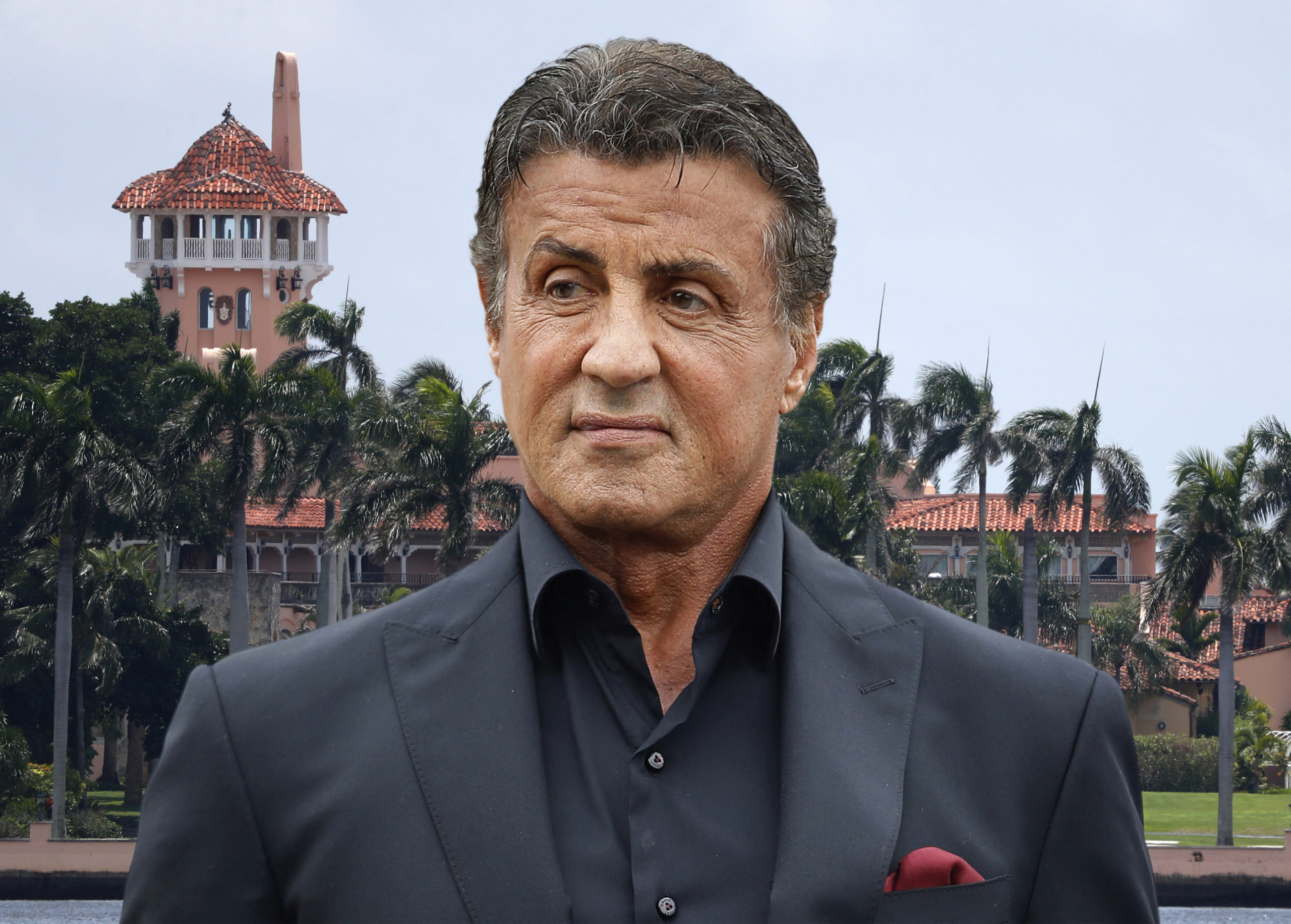 Sylvester Stallone Not A Member Of Mar-a-Lago-LT

The Rocky star has shot down reports that he recently became a member of Trump’s Mar-a-Lago club in Florida, “I would like to say to everyone that this never happened. This is just not true. It NEVER ever happened.”

Sylvester Enzio Stallone is an American actor, screenwriter, director, and producer. After his beginnings as a struggling actor for a number of years upon arriving to New York City in 1969 and later Hollywood in 1974, he won his first critical acclaim as an actor for his co-starring role as Stanley Rosiello in The Lords of Flatbush. He achieved his greatest critical and commercial success as an actor, starting in 1976 with his self-created role as boxer Rocky Balboa, in the first film of the successful Rocky series (1976–present). In the films, Rocky is portrayed as an underdog boxer who fights numerous brutal opponents, and wins the world heavyweight championship twice.

It had previously been reported by Page Six that Stallone was at Trump’s club last month after he bought an estate nearby, with a source claiming to the outlet, “Sly just became a member of Mar-a-Lago.” That quickly drew backlash on the left, with George Takei simply tweeting, “Seriously?”

It sounds like Stallone really was at Mar-a-Lago recently, as his representative told The Hollywood Reporter he was there for a fundraising dinner, and “from that event, it was mistakenly assumed that he was there as a member.”

But the representative added that Rocky himself is “officially not a member of the Mar-a-Lago Club,” as he “did not join the organization” or “pay initiation dues.” He is, however, a member of the Breakers Club in Palm Beach. So there you have it. Stallone while denying the reports wrote on Instagram that he means “no disrespect to anyone,” adding — in a phase that could probably use a comma — “so keep punching folks.”

What is Mar-a-Lago Club?

Mar-a-Lago is a resort and national historic landmark in Palm Beach, Florida, built from 1924 to 1927 by cereal-company heiress and socialite Marjorie Merriweather Post. The 126-room, 62,500-square-foot (5,810 m2) mansion since 1994 contains the Mar-a-Lago Club, a members-only club with guest rooms, a spa, and other hotel-style amenities. It is located in Palm Beach County on the Palm Beach barrier island, with the Atlantic Ocean to the east and Florida’s Intracoastal Waterway to the west. In 1985, Mar-a-Lago was purchased by Donald J. Trump for around $10 million.