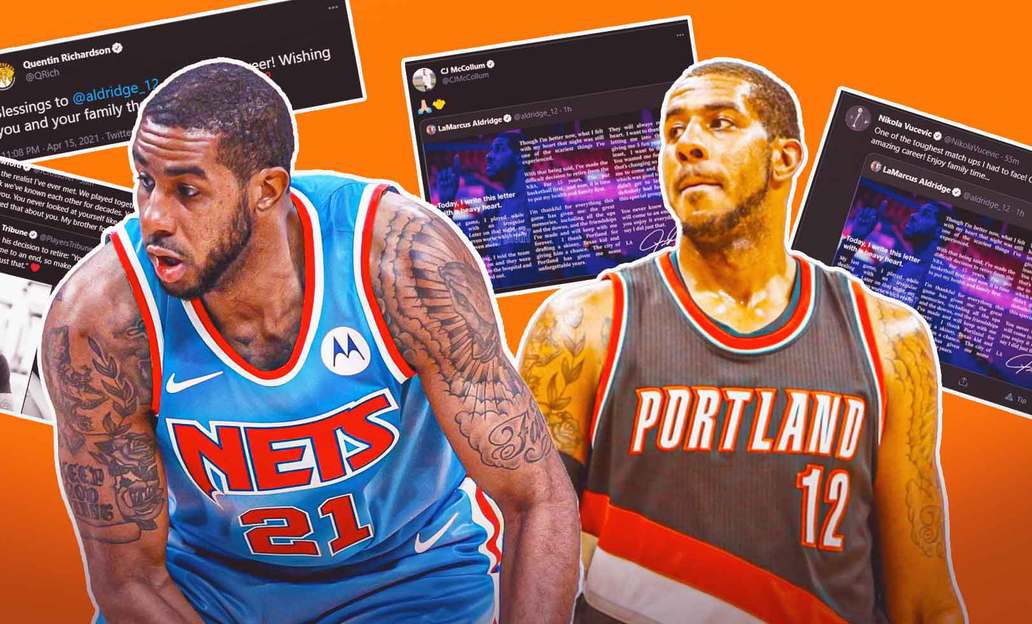 NBA: The basketball world received some surprising news on Thursday as Brooklyn Nets veteran big man LaMarcus Aldridge suddenly retires from NBA. Aldridge, 35, cited an irregular heartbeat as the reason for his retirement. Aldridge said he played his last game on April 10 against the Los Angeles Lakers while dealing with the issue, and at this point in time, he felt the need to put his health over his career.

LaMarcus Nurae Aldridge (born July 19, 1985) is an American former professional basketball player. He played college basketball for two seasons with the Texas Longhorns. Aldridge was selected second overall in the 2006 NBA draft. After spending nine seasons with the Portland Trail Blazers, he signed with the San Antonio Spurs in 2015. In March 2021, he signed with the Brooklyn Nets after the Spurs bought out his contract. However, on April 15, 2021, Aldridge announced his retirement from basketball, citing health concerns arising from an irregular heartbeat.

Widely known for his signature fadeaway jump shot, Aldridge was selected to five All-NBA teams and is a seven-time NBA All-Star.

Aldridge had missed the Nets’ past two games with what the team called a non-COVID-19 illness.

“We know this was not an easy decision for him, but after careful consideration and consultation with medical experts, he made the best decision for him, his family and for his life after basketball,” Marks said in a statement.

After the Nets loss against the Los Angeles Lakers earlier this month, it was announced that Aldridge would be out of the game against the Philadelphia 76ers. In his letter, he speaks about his irregular heartbeat, and how it had him worried. The centre explained that while the team got him checked out promptly. However, the incident being one of the scariest he experienced, Aldridge chose to retire.