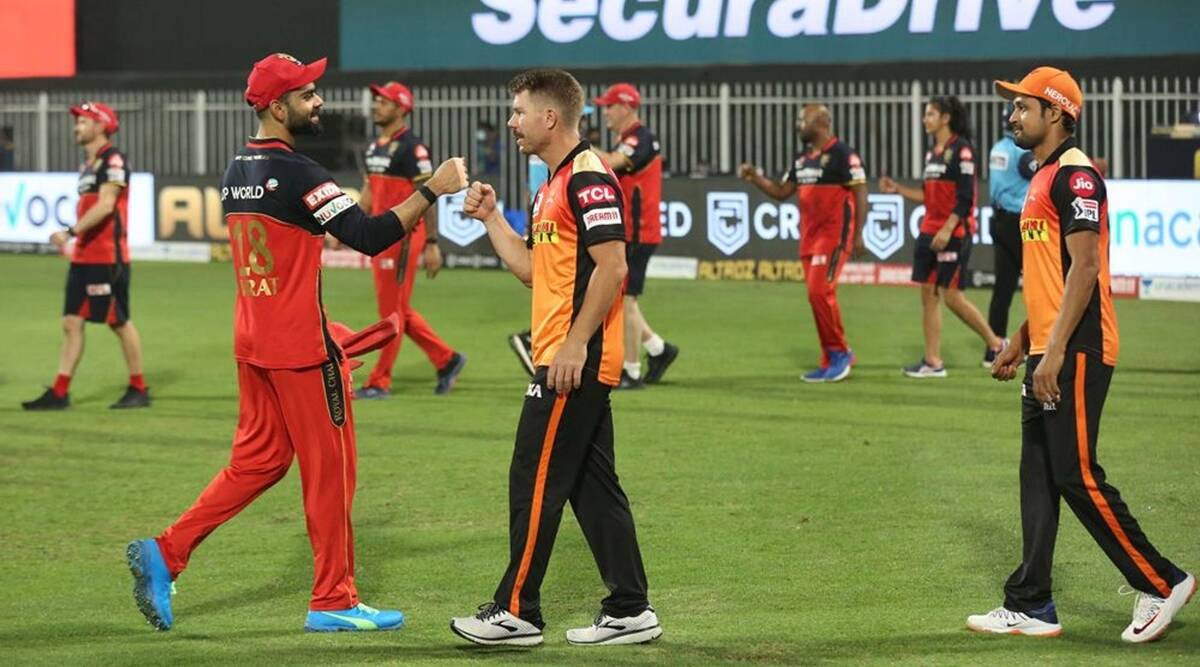 Sunrisers Hyderabad (SRH) skipper David Warner won the toss and elected to bowl against Royal Challengers Bangalore (RCB) in their IPL 2021 match at the MA Chidambaram Stadium in Chennai on Wednesday.

It will be interesting to see how Mr. 360 AB de Villiers and swashbuckling Glenn Maxwell deal with spin virtuoso Rashid Khan as Sunrisers Hyderabad take on Royal Challengers Bangalore in Match 6 of IPL 2021 in Chennai. With a victory against defending champions Mumbai Indians in their season opener, a confident RCB will be eagerly seeking a winning momentum while SRH will be eying their first win, this edition. Hyderabad won the toss and opted to field first against Bangalore at the Chepauk.

A combined bowling effort led by all-rounder Jason Holder helped Sunrisers Hyderabad restrict Royal Challengers Bangalore to 149/8 in Chennai. Holder picked up 3 for 30 while Rashid bagged a couple of wickets as Bangalore batsmen struggled on a tricky Chepauk track. Glenn Maxwell 59 helped Virat Kohli and Co. post a fighting total on the board.

Not going to lie, they had us in the first half. 😉

But we know a thing or two about a comeback and a half. 👊🏻