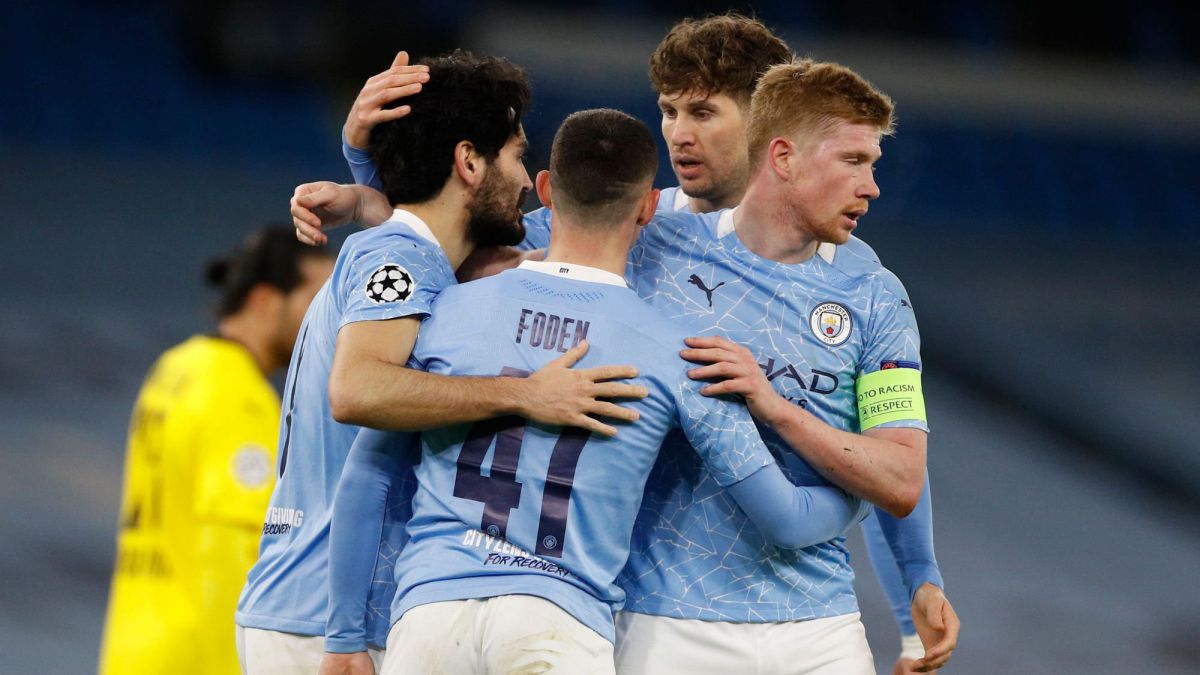 Man City will take a slender lead into their Champions League quarter-final second leg against Borussia Dortmund after a hard-fought on Tuesday night.

The Champions League has not been kind to Manchester City in the past and it looked, for five minutes at least, like they would be facing yet another uphill task in Germany after Reus equalised for Dortmund.

City may have been thinking their difficulties in Europe’s elite competition had returned, but they deserve huge credit for mounting what effectively had to be an instant response to claw back the advantage.

City’s hopes of reaching the semi-final looked to be in the balance when Marco Reus gave Dortmund what looked like a priceless away goal with a cool finish from Erling Haaland’s pass six minutes from time.

🔵 At the centre of everything good for Manchester City! Kevin De Bruyne takes the plaudits after a top display as a false nine 🥇#UCLPOTM | #UCL pic.twitter.com/kbQpJ7Ihmt

Kevin de Bruyne, who had given City the lead with a crisp finish after 19 minutes, played his part once more in the final minute of normal time when his fine cross was touched back by Ilkay Gundogan for Foden to stroke a finish past Marwin Hitz.

John Stones was restored to the City starting line-up after being rested at Leicester on Saturday, as the Blues started the game without a recognised striker as both Sergio Aguero and Gabriel Jesus were named among the substitutes. Unsurprisingly, Erling Haaland was influential for the visitors.

City took a first-half lead through Kevin De Bruyne, but were lucky to go in ahead at the break after Jude Bellingham had a goal very harshly ruled out, but Dortmund eventually equalised late on through Marco Reus after a host of missed chances for City.

We play two legs for a reason 👏 pic.twitter.com/eV3C3QGhqi

That away goal could prove crucial, but Phil Foden’s last-minute winner gives the Blues a lead to take to Germany next week for the second leg.