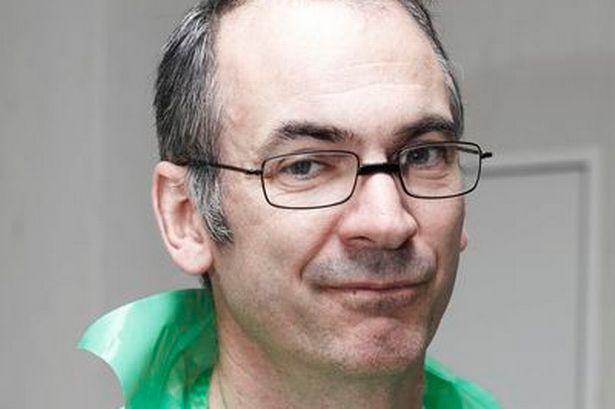 Actor Paul Ritter, who played dad Martin Goodman in the popular Channel 4 comedy Friday Night Dinner, has died after a brain tumour at the age of 54.

Paul Ritter was an English stage and screen actor. He is best known for his roles in films including Quantum of Solace, Son of Rambow, Harry Potter and the Half-Blood Prince, and The Eagle, as well as television programmes including Friday Night Dinner, Vera, The Hollow Crown, The Last Kingdom and Chernobyl.

Ritter’s agent confirmed the news to BBC and said that the actor died of a brain tumour at his home on Sunday, with his family by his side. The agent said, “It is with great sadness we can confirm that Paul Ritter passed away last night. He died peacefully at home with his wife Polly and sons Frank and Noah by his side. He was 54 and had been suffering from a brain tumour.”

Trying to find a way to talk about Paul Ritter and struggling. My friend since we were students together. So much talent and it shone from him even as a teenager. I was so lucky to know him and lucky too to work with him many times over the years. Wonderful man. RIP.

He also starred in Sky drama Chernobyl, played Eldred Worple in Harry Potter and the Half-Blood Prince, and was in James Bond film Quantum of Solace.

His other TV credits included Vera, Belgravia, Cold Feet and No Offence.

Paul Ritter, who appeared as Guy Haines in Quantum of Solace, has very sadly passed away. Our thoughts are with his family and friends. pic.twitter.com/QOTbMRsrRE

“But he also had that rare thing, he had the common touch, so people could just relate to him,” Popper told BBC Radio 5 Live.

Recalling watching Ritter on set, Popper said: “He was so quiet and focused before he went on, and then as soon as he went on, all that energy just popped out of him. It was amazing.

“I don’t think he ever did anything wrong… he was very professional and he was a lovely guy.”

The sitcom also starred Tamsin Grieg, Simon Bird, Tom Rosenthal and Mark Heap. Ritter played Martin, who was loosely based on Popper’s father, who apparently often walked around the house with his shirt off.

Rosenthal tweeted that it was “incredibly sad” news.

Stephen Mangan, who had known Ritter since they were students, co-starred with him in Alan Ayckbourn’s The Norman Conquests in the West End and on Broadway. Mangan said he had “so much talent and it shone from him even as a teenager”.