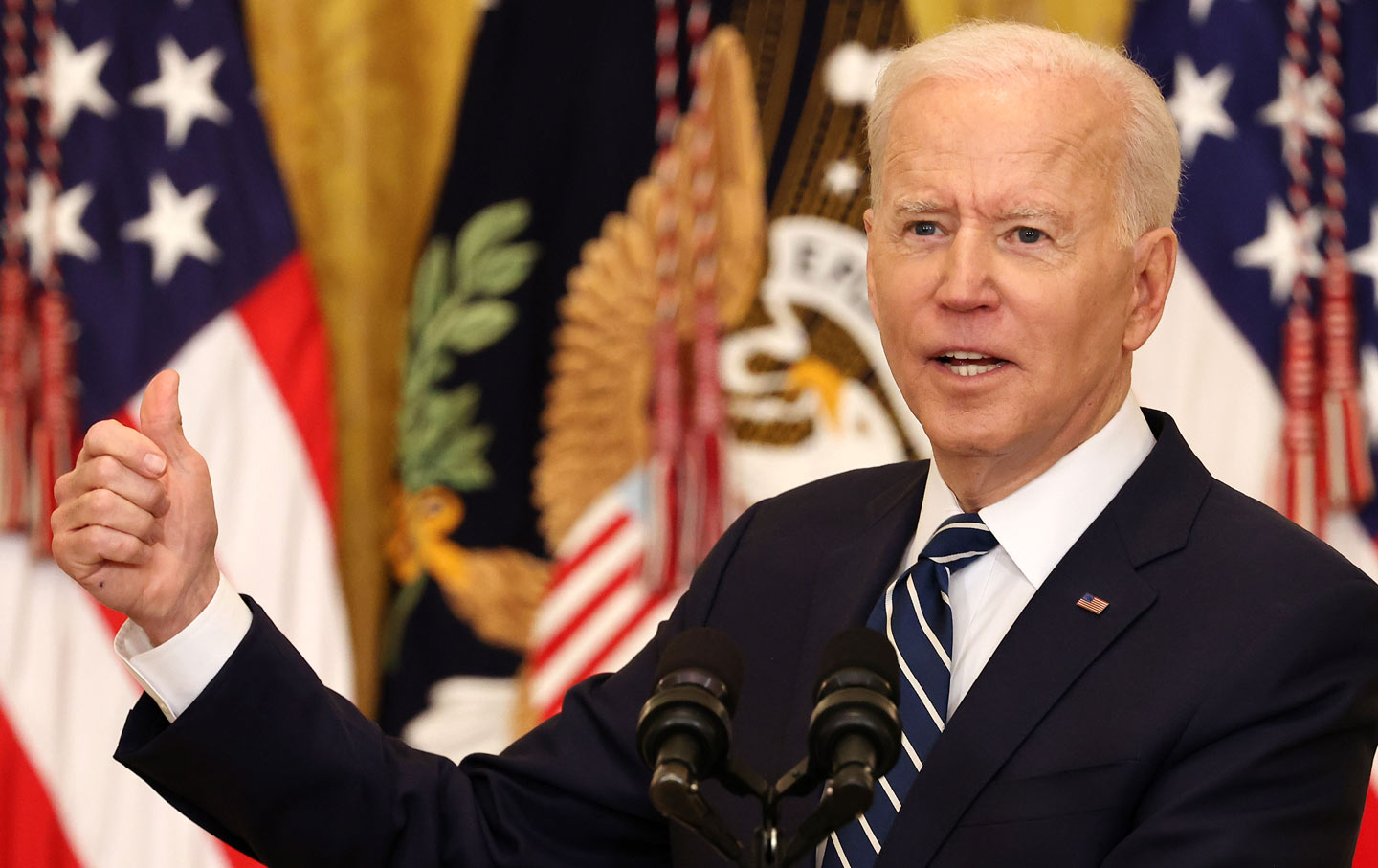 In his first formal news conference on Thursday, US President Joe Biden announced a new goal of administering 200 million doses of Covid-19 vaccine in the United States within his first 100 days in office, double his original pledge. Biden has been in the White House since January 20, but only on Thursday, more than two months after taking office, did he hold his first formal news conference.

“Today I’m setting a second goal, and that is, we will by my 100th day in office have administered 200 million shots in people’s arms,” Biden said.

“I know it’s ambitious, twice our original goal,” he added. “But no other country in the world has even come close — not even close — to what we are doing, and I believe we can do it.”

Pushing back at claims that the flow of undocumented immigrants at the US southern border has reached crisis levels, Biden said the surge is a mostly seasonal problem that happens each year.

“There is a significant increase in the number of people coming to the border in the winter months of January, February, March; it happens every year,” he said in his first press conference.

Biden is the first chief executive in four decades to reach this point in his term without having conducted such a question-and-answer session. Biden has been on pace with his predecessors in taking questions from the press in other formats. But he tends to field just one or two informal inquiries at a time, usually in a hurried setting at the end of an event or in front of a whirring helicopter.

Pressure had mounted on Biden to hold a formal session, which allows reporters to have an extended back-and-forth with the president. Biden’s conservative critics have pointed to the delay to suggest that Biden was being shielded by his staff. West Wing aides have dismissed the questions about a news conference as a Washington obsession.

Also Read: Evan Fournier: “Do not Google my name” hilarious warning after being traded from the Orlando Magic