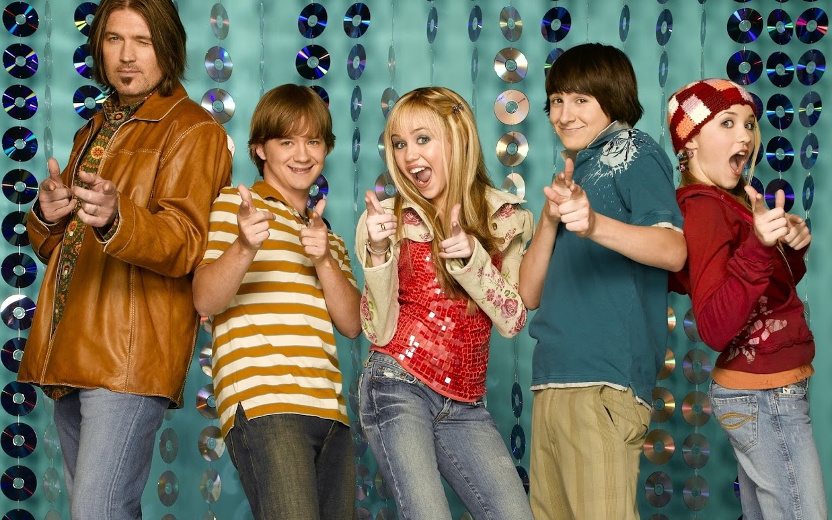 Miley Cyrus shared a sweet open letter to her “alter ego” Hannah Montana on March 24th to mark the 15th anniversary of the premiere of the Disney channel show that helped launched the pop star’s career.

Hannah Montana is an American teen sitcom that was created by Michael Poryes, Rich Correll, and Barry O’Brien, and aired on Disney Channel for four seasons between March 2006 and January 2011. The series centers on Miley Stewart (Miley Cyrus), a teenage girl living a double life as famous pop singer Hannah Montana, an alter ego she adopted so she could maintain her anonymity and live a normal life as a typical teenager. Episodes deal with Miley’s everyday struggles to cope with the social and personal issues of adolescence while maintaining the added complexities of her secret identity, which she sustains by wearing a blonde wig. Miley has strong relationships with her brother Jackson and her best friends Lilly Truscott and Oliver Oken, who also become aware of her secret. Cyrus’s father, singer-songwriter Billy Ray Cyrus, plays Miley Stewart’s father and manager Robby Ray. Overarching themes include a focus on family and friendships, and the importance of music and discovering one’s identity.

The show’s classic conceit famously found Cyrus playing two versions of herself: Miley Stewart, a normal 14-year-old, and Hannah Montana, a young pop superstar who uses a blond wig as her disguise. In her letter, Cyrus wrote to Hannah, “Although you are considered to be an ‘alter ego’ in reality there was a time in my life when you held more of my identity in your glovette than I did in my bare hands.”

Cyrus went on to recall the incredible success that surrounded Hannah Montana, and how working on the show overlapped with so many major milestones in her life, both good and bad: The death of her grandfather, falling in love for the first time, getting her period on set (“of course on the same day a ‘cute guy’ was cast and asked to have lunch with me,” Cyrus quipped).

Cyrus also namechecked her costars Emily Osment, Mitchel Musso, and Jason Earles, whom she said became her family as she was “seeing them more than my own” (save her father, Billy Ray Cyrus, who also starred on the show). She then closed by recalling production on the show’s final episode, which aired in 2011, and took its name, “Wherever I Go,” from a Hannah Montana song.

Nice to hear from you @MileyCyrus. It’s only been a decade. https://t.co/KXd01DpciK

“Hannah, I hope you hear me and believe those words are true,” Cyrus said. “You have all my love and utmost gratitude. Breathing life into you for those six years was an honor. I am indebted not only to you, Hannah, but to any and everyone who believed in me from the beginning. You all have my loyalty and deepest appreciation until the end. With all sincerity, I say, thank you!”

In one more endearing twist, an official, verified Hannah Montana Twitter account also appeared for the first time, and it retweeted Cyrus’ letter with the note, “Nice to hear from you @MileyCyrus. It’s only been a decade.”