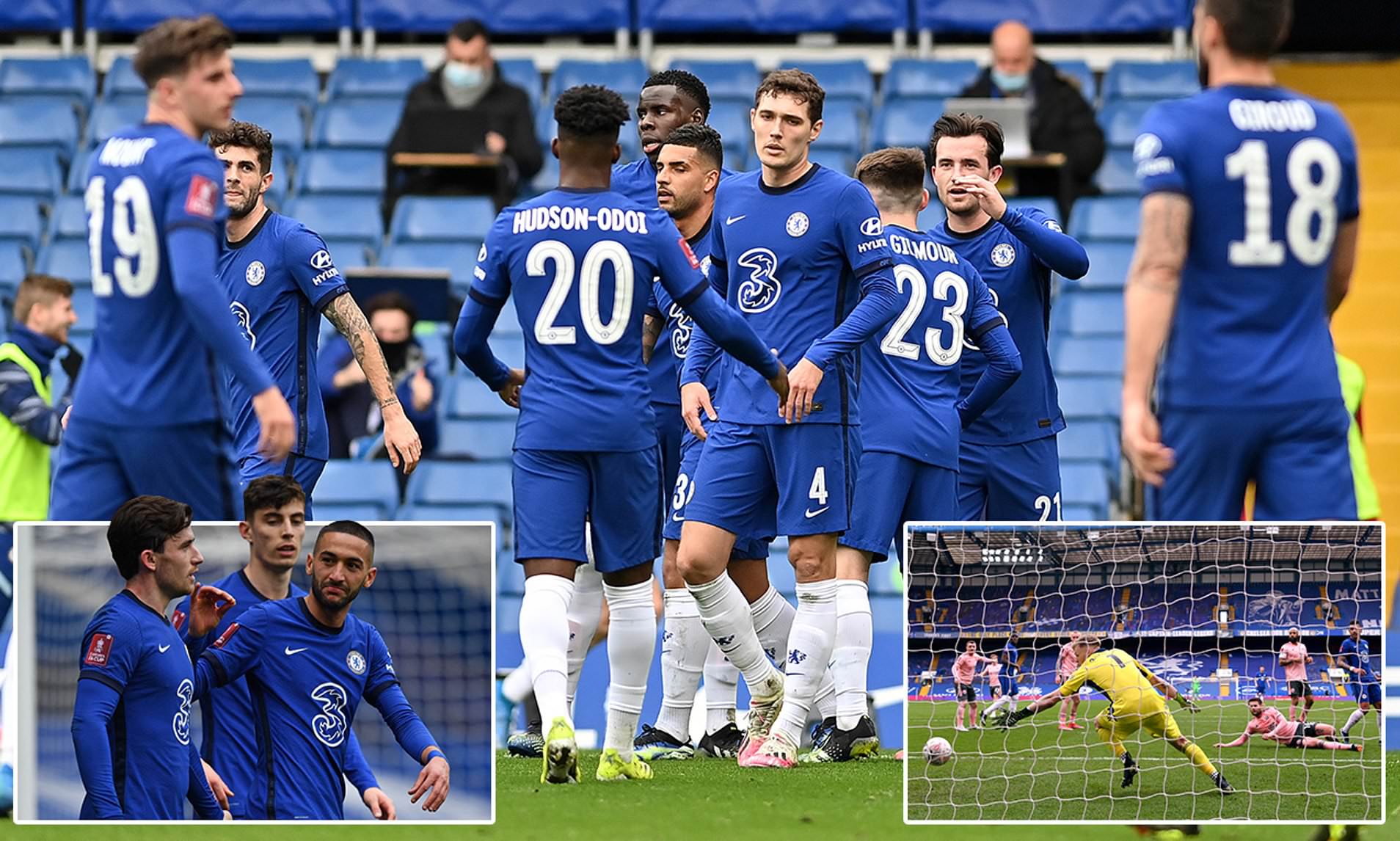 Chelsea’s unbeaten start under Thomas Tuchel rolled on as Oliver Norwood’s own goal and a late Hakim Ziyech strike sent the Blues into the FA Cup semi-finals with a 2-0 win over Sheffield United.

Chelsea are into the last four of the FA Cup. Tuchel is 14 matches unbeaten at the start of his tenure. In that run, they have conceded just two goals (one of which was an own goal against Sheffield United in the Premier League). The Blades had a good go in the second half – McGoldrick missed a golden chance to head an equaliser and the substitute Brewster saw a powerful late shot fly wide. But Chelsea got the job done, as they generally seem to do just lately. It wasn’t spectacular by any means, but they played some good stuff, controlled the game in the first half and defended well in the second.

And that’s full-time, we’re off to the semi-final!#CHESHU @EmiratesFACup pic.twitter.com/RPqQyqOzfC

Appearing in their 15th FA Cup quarter-final since the turn of the century – the most of any side – Chelsea were not at their sharpest at Stamford Bridge on Sunday but, as they have done in many of their 14 matches under Tuchel so far, managed to grind out a result.

Norwood’s own goal put Chelsea ahead, with David McGoldrick missing a golden chance to restore parity when he headed wide from five yards out.

Chelsea made their fortune count, holding firm in rather nervy fashion before hitting the Blades on the break and securing their progression thanks to Ziyech, reaching the semi-finals for the fourth time in five seasons.

Playing at the end of a difficult week personally following the death of his brother, Phil Jagielka might have put United ahead early on but failed to generate enough power on his header to trouble Kepa Arrizabalaga.

Norwood was almost at fault for another goal before half-time when his stray pass was intercepted by Christian Pulisic, though Ramsdale rushed out to spare his team-mate’s blushes.

McGoldrick should have built on Ramsdale’s save, only to head wide of a gaping goal from point-blank range.

Kepa had work to do soon after – McGoldrick’s strike partner Oli McBurnie forcing a smart save out of the Spaniard.

Rhian Brewster then saw a strike deflected into the side netting, yet for all United’s pressure, Chelsea dealt the knockout blow when substitute Ziyech drilled in from close range at the end of a sweeping counter to ensure the Blues progressed.