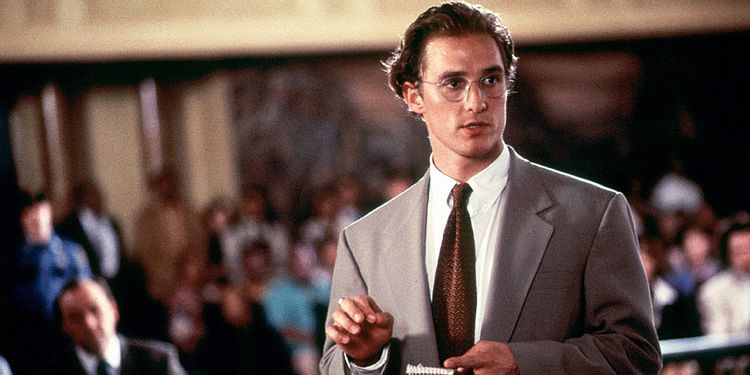 25 years after playing the role, Matthew McConaughey reprises his role from the 1996 movie A Time to Kill with HBO, which is developing a limited series.

Sources tell Deadline that HBO has acquired rights to the John Grisham novel, A Time For Mercy, the sequel to Grisham’s classic novel on which the 1996 film was based, and are developing it as a limited series with McConaughey in final negotiations to reprise the role of defense attorney Jake Brigance.

Sources say the series would be eight to 10 episodes with Lorenzo di Bonaventura, who served as Warner Bros. exec in the ’90s when A Time to Kill was greenlighted, is on to produce.

The original novel was set in Clanton, MI, and followed a fearless young lawyer as he defends a Black man accused of murdering two white men who raped his 10-year-old daughter. The case turns the small town into a boilerplate of tension that includes inciting violent retribution and revenge from the Ku Klux Klan. The novel was another Grisham hit, and Warner Bros. quickly moved to turn the book into a movie, tapping the late Joel Schumacher to direct and setting an A-list cast to star in the film. While the film is filled with a number of movie stars including Sandra Bullock, Samuel L. Jackson and Kiefer and Donald Sutherland, Schumacher decided to tap McConaughey — a relative unknown at the time — to star. A Time to Kill went on to be a hit, put McConaughey on the map of leading men and is considered one of the best Grisham adaptations to date.

Matthew McConaughey to Reprise ‘A Time to Kill’ Role in John Grisham Series in the Works at HBO https://t.co/fYOc4kUvQA

In A Time for Mercy, Brigance finds himself embroiled in a deeply divisive trial when the court appoints him attorney for Drew Gamble, a timid sixteen-year-old boy accused of murdering a local deputy. Many in Clanton want a swift trial and the death penalty, but Brigance digs in and discovers that there is more to the story than meets the eye. Brigance’s fierce commitment to saving Drew from the gas chamber puts his career and the safety of his family on the line.

A Time For Mercy is actually the third book of Grishams to feature the Brigance character with the second being Sycamore Row, which was released in 2013. There was never a discussion to adapt that book but when Grisham made it be known that a third Brigance novel was on its way in 2020, McConaughey was drawn to the idea of returning to the role that helped launch his career.

Though McConaughey has spent a lot of last year promoting his memoir Greenlights on his social media, he did take time in the fall to promote A Time For Mercy on his Instagram prior to its release, giving many fans hope that they one day would see him reprise the role, not knowing that Oscar-winner was already in talks to make his return. As for the decision to go the limited series route rather then make it into a film, the decision was made to allow the whole story to unfold and dive deeper into all the characters involved in the book rather then cut corners in a two hour movie. This also marks McConaughey’s return to HBO after following his Emmy-nominated work as Rust Cohle in the hit series True Detective.