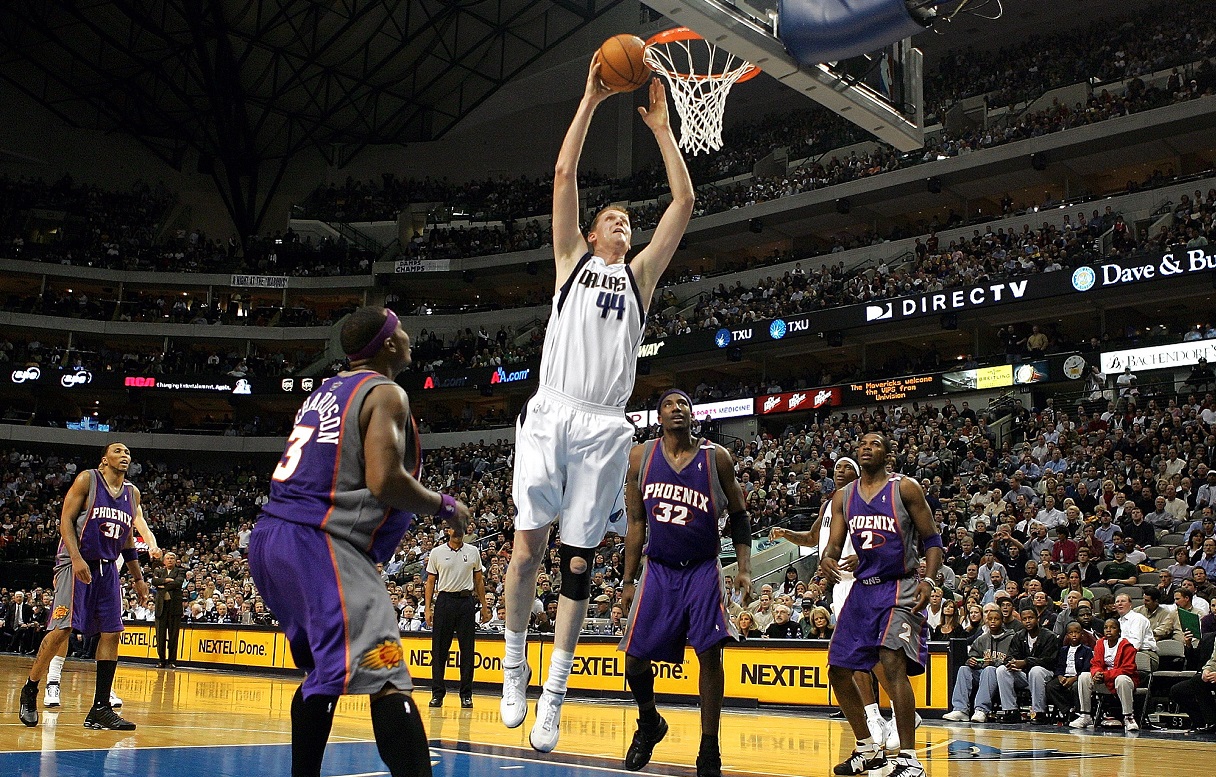 Former NBA centre Shawn Bradley suffered a traumatic spinal cord injury that left him paralyzed, according to a statement released on his behalf by the Dallas Mavericks.

Our thoughts are with Shawn and his family at this time. #MFFL pic.twitter.com/u42LcDRmQ1

Shawn Paul Bradley (born March 22, 1972) is a German-American former professional basketball player who played center for the Philadelphia 76ers, New Jersey Nets, and Dallas Mavericks of the National Basketball Association (NBA). Nicknamed “The Stormin’ Mormon”, Bradley was one of the tallest players in NBA history at 7 ft 6 in (2.29 m). Bradley was born in Landstuhl, West Germany, as his family was stationed at the U.S. Military base medical facility, and grew up in Castle Dale, Utah. He also holds German citizenship.

On Jan. 20, Bradley was struck from behind by an automobile while riding his bicycle a block from his home in St. George, Utah. He underwent neck fusion surgery and has spent the past eight weeks hospitalized and undergoing rehabilitation.

“With his wife Carrie at his side around the clock, and supported by an amazing team of rehabilitation specialists and family, Bradley is in good spirits,” the statement read, in part. “He plans to use his accident as a platform to bring greater public awareness to the importance of bicycle safety.”

In January, former Mavericks player Shawn Bradley was struck from behind by a car while he was riding his bike, suffering a traumatic spinal cord injury that left him paralyzed, per a statement from Mavericks PR. pic.twitter.com/dTN6YIQWR2

The 7-foot-6 Bradley, 48, was the No. 2 overall pick in the 1993 draft, selected by the Philadelphia 76ers after spending two years on a Mormon mission following his freshman year at BYU. He averaged 8.1 points, 6.3 rebounds and 2.5 blocks during his 12-season NBA career, spending the past eight and a half years with the Dallas Mavericks.

“We are saddened to hear of Shawn’s accident,” Mavericks owner Mark Cuban said in the statement. “Shawn has always been incredibly determined and shown a fighting spirit. We wish him nothing but the best in his recovery. He will always be a part of our Mavs family.”