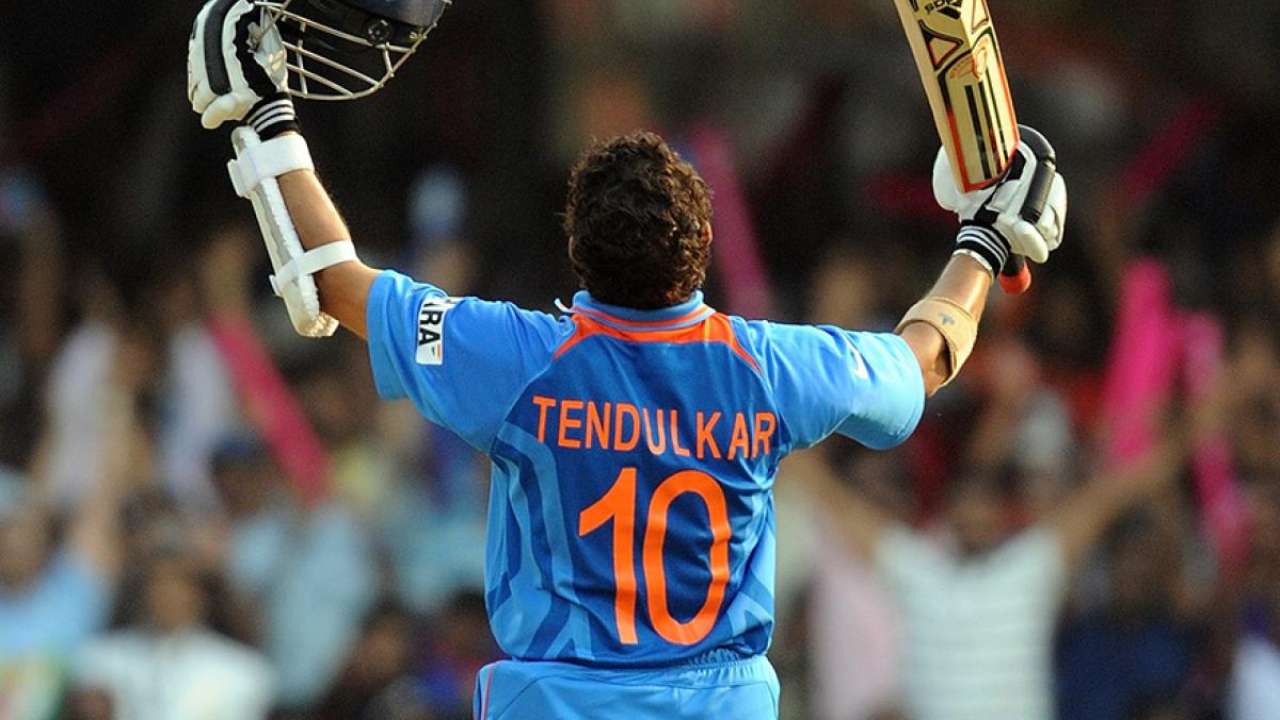 Sachin Tendulkar and Yuvraj Singh starred as India Legends survived a scare from Brian Lara and Dwayne Smith to beat West Indies Legends in the semifinal of the Road Safety World Series T20 at the Shaheed Veer Narayan Singh International Stadium on Wednesday. Batting first, India Legends posted 218 for 3 in 20 overs with Sachin Tendulkar smashing 65 off 42 and Yuvraj Singh blasting an unbeaten 49 off 20 balls.

However, West Indies got as close as they could and reached 206 for 6 with opener Smith smashing 63 off 36 while Lara, 51 years old, made 46 off 28. Narsingh Deonarine played his part making 59 off 44 before being run out in the final over.

West Indies were in the chase for the most part and needed 32 off the last 3 overs with seven wickets in hand. However, Manpreet Gony, Vinay Kumar and Irfan Pathan held their nerve to give India the win. Vinay dismissed Lara and Tino Best in the penultimate over to leave 17 in the final over, which Irfan defended without much fuss.

Smith gave West Indies a quick start in a knock that saw two sixes and 9 fours. He added 99 for the second wicket with Deonarine. Lara then took over smacking two sixes and four fours before he was bowled.

Earlier, For the second time in two matches, Yuvraj Singh smashed four sixes in an over – three of them consecutive – to turn back the clock. Playing for India Legends, Yuvraj smashed West Indies Legends legspinner M Nagamootoo for four sixes in the 19th over, almost threatening to repeat his 2007 heroics of six sixes at one stage.

A century of centuries! 🙌#OnThisDay in 2012, the Master Blaster @sachin_rt became the only batsman in the history of cricket to notch up 💯th international hundred 👏👏#TeamIndia pic.twitter.com/JfqRYa45r0

Yuvraj smashed the first three balls for six before Nagamootoo managed a dot ball in the fourth delivery. The fifth ball went over the ropes again before another dot ball ended the over. In the next over, Yuvraj sent Suliemann Benn for a couple of sixes to finish on 49 off 20 as India Legends finished on 218 for 3 in 20 overs.

Prior to Yuvraj’s heroics, Sachin Tendulkar had turned back the clock scoring 65 off 42 balls including three sixes and six fours. Virender Sehwag made 35 off 17 to give the team a quick start while Mohammed Kaif (27) and Yusuf Pathan (37) chipped in too.

“I was looking to hit the fifth consecutive six because I remember that there was one dot ball in the over. And I was waiting for the bowler to bowl in my areas. So after the fourth six, I was looking for the fifth six but there were also two overs to go so I decided to rotate the strike and bat till the end to have a big score. The wicket was really good and South Africa had won the last game. So I wanted to bat till the end and I am happy to do that,” Yuvraj had said then in the post-match press conference.