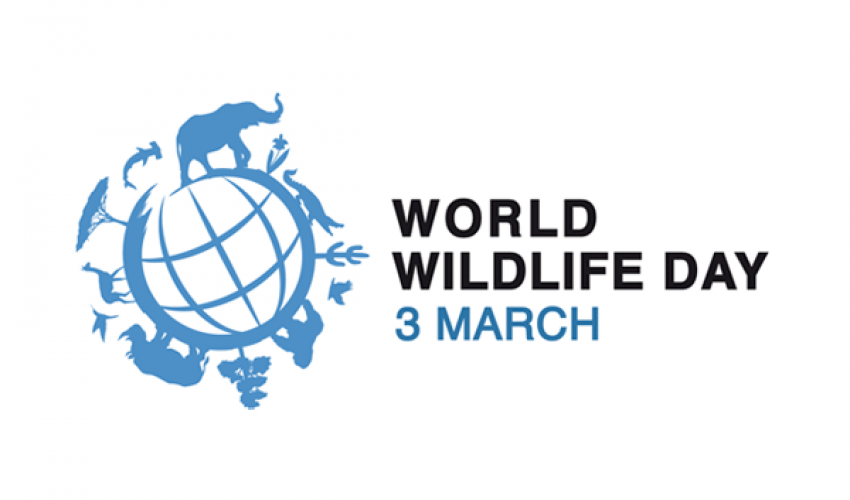 World Wildlife Day is celebrated each year on the 3rd of March to remind us of our responsibilities to our world and the lifeforms we share it with. This day is all about raising awareness of wild flora and fauna across the world. Whether you love animals, you’re passionate about plants, or you’re concerned about climate change, it’s the day that you can use to educate yourself or others. You can celebrate the incredible biodiversity across the world and perhaps get out there to explore the huge range of flora and fauna the world has to offer. Celebrating World Wildlife Day is a must for anyone who loves our planet.

On March 3rd, 1973 the United Nations General Assembly took a stand to protect Endangered Species throughout the world. Whether plant or animal, the importance of these species in every area of human life, from culinary to medical, could not be understated. At this time hundreds of endangered species were being threatened every year, and extinction was at a staggeringly high rate. CITES was put into place (Convention on International Trade in Endangered Species) to ensure that the world did not continue to hemorrhage species that would never be seen from again.

On 20 December 2013, at its 68th session, the United Nations General Assembly (UNGA), in its resolution UN 68/205, decided to proclaim 3 March, the international day of the adoption of the Convention on International Trade in Endangered Species of Wild Fauna and Flora (CITES) on the planet raise awareness and benefits fauna and flora in 1973, as World Wildlife Day, which was proposed by Thailand, to celebrate and raise awareness of the world’s wild fauna and flora.

What is the United Nations General Assembly (UNGA)?

In its resolution, the General Assembly reaffirmed the intrinsic value of wildlife and its various contributions, including ecological, genetic, social, economic, scientific, educational, cultural, recreational and aesthetic, to sustainable development and human well-being.

The General Assembly took note of the outcome of the 16th meeting of the Conference of the Parties to CITES, held in Bangkok from 3 to 14 March 2013, in particular Resolution Conf. 16.1 designating 3 March as World Wildlife Day, in order to celebrate and raise awareness of the world’s wild fauna and flora, and recognized the important role of CITES in ensuring that international trade does not threaten the survival of species.

The General Assembly requested the CITES Secretariat, in collaboration with relevant organizations of the United Nations system, to facilitate the implementation of World Wildlife Day.

World Wildlife Day will be celebrated in 2021 under the theme “Forests and Livelihoods: Sustaining People and Planet”, as a way to highlight the central role of forests, forest species and ecosystems services in sustaining the livelihoods of hundreds of millions of people globally, and particularly of Indigenous and local communities with historic ties to forested and forest-adjacent areas. This aligns with UN Sustainable Development Goals 1, 12, 13 and 15, and their wide-ranging commitments to alleviating poverty, ensuring sustainable use of resources, and on conserving life land.

Between 200 and 350 million people live within or adjacent to forested areas around the world, relying on the various ecosystem services provided by forest and forest species for their livelihoods and to cover their most basic needs, including food, shelter, energy and medicines.

Indigenous peoples and local communities are at the forefront of the symbiotic relationship between humans and forest, forest-dwelling wildlife species and the ecosystem services the provide. Roughly 28% of the world’s land surface is currently managed by indigenous peoples, including some of the most ecologically intact forests on the planet. These spaces are not only central to their economic and personal well-being, but also to their cultural identities.

Forests, forests species and the livelihoods that depend on them currently find themselves at the crossroads of the multiple planetary crises we currently face, from climate change, to biodiversity loss and the health, social and economic impacts of the COVID-19 pandemic.

On March 3 2021, World Wildlife Day will celebrate forest-based livelihoods and seek to promote forest and forest wildlife management models and practices that accommodate both human well-being and the long-term conservation of forests, forest-dwelling species of wild fauna and flora and the ecosystems they sustain, and promote the value of traditional practices and knowledge that contribute to establishing a more sustainable relationship with these crucial natural systems.