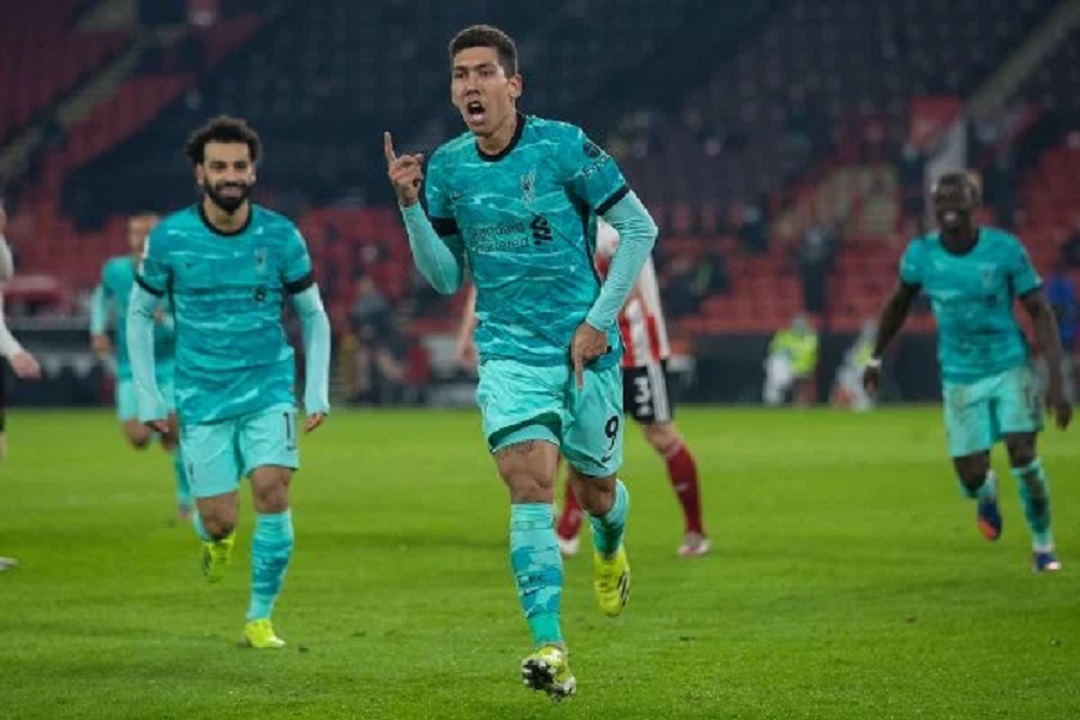 Liverpool halted a run of four defeats in the Premier League as it ended a miserable February with a 2-0 win over last-place Sheffield United on Sunday.

A series of fine first-half saves from Sheffield goalkeeper Aaron Ramsdale kept the defending champions at bay in the first half. The 20-year-old academy graduate Curtis Jones made the breakthrough for Liverpool in the 48th minute when he fired in off Trent Alexander-Arnold’s deflected cross. There was a brief check for whether the ball had gone out of play in the buildup but there was no conclusive evidence that it had.

Oliver McBurnie sent a header wide in Sheffield’s best chance of leveling the score before Liverpool made it 2-0 in the 64th. Roberto Firmino weaved through the defense before hitting a shot which took a deflection before going past Ramsdale. The Premier League ruled it was an own-goal for Sheffield’s Kean Bryan, meaning Firmino went a seventh game without a goal in the league and Champions League.

“We should have scored three times before we scored the two goals, so it just shows that how we created was really good,” Liverpool manager Jürgen Klopp told Sky Sports. “The finishing was good enough for today but we know we can improve that still.”

The second goal took the game out of reach for a Sheffield team with just three league wins all season as Liverpool marked its first league game without conceding a goal since a 0-0 draw with Manchester United on Jan. 17.

However, it was not the kind of emphatic victory which might have boosted Liverpool’s confidence further after a miserable recent run which included last week’s defeat to rival Everton and losses to Manchester City and Leicester which buried an already ailing bid to retain the title.

Mohamed Salah missed from close range in the 80th and Liverpool goalkeeper Adrian, standing in for Alisson Becker after his father died, stopped a late attempt from Oliver Burke.