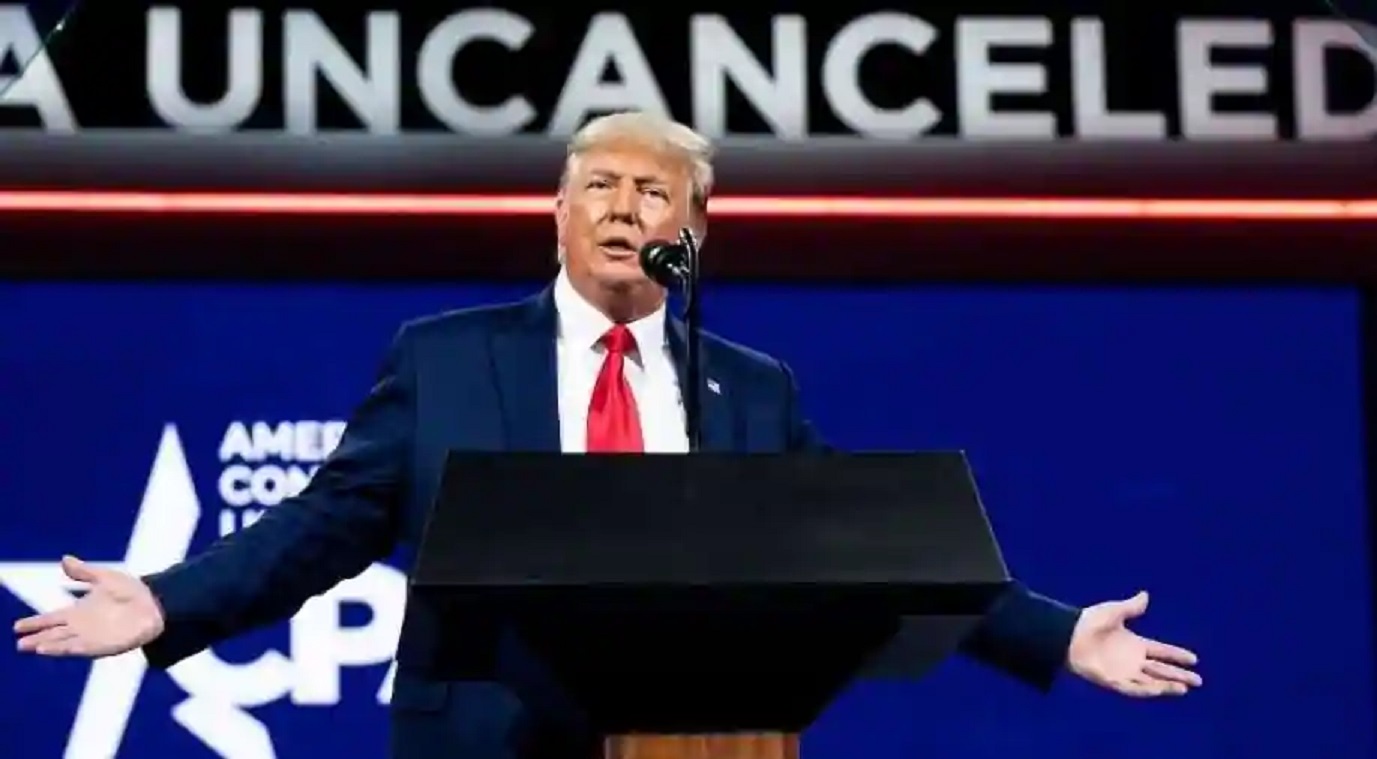 Former President Donald Trump turned the Conservative Political Action Conference into his first post-presidential rally Sunday evening, pledging in a speech riddled with falsehoods to purge his enemies from the Republican Party and hinting repeatedly at another run for the White House in 2024.

But before Trump closed out the annual conservative gathering, held in Orlando, Florida, this year, a cadre of ambitious Republicans eyeing 2024 presidential runs of their own tried to put their spins on Trump’s populist message, echoing his grievances against big tech, the media and liberal “cancel culture” in efforts to tap into the “Make America Great Again” base Trump built.
Missouri Sen. Josh Hawley called for a break-up of leading tech companies. South Dakota Gov. Kristi Noem leaned into a cultural battle over statues of founding fathers. Florida Sen. Rick Scott promised not to intervene against pro-Trump candidates in primaries from his perch as the chairman of the Senate GOP’s campaign arm. And Texas Sen. Ted Cruz said the GOP is “not just the party of country clubs,” a reflection of Trump remaking the party’s base into a largely white, rural and working-class coalition even as the former President lives at a private club he owns.