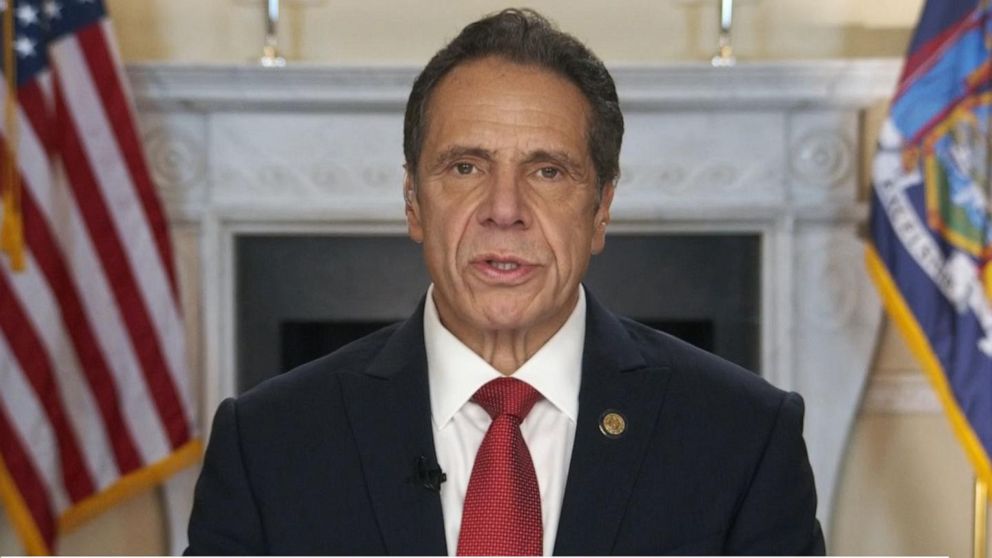 Andrew Mark Cuomo (born-December 6, 1957) is an American politician, author and lawyer serving as the 56th governor of New York since 2011. A member of the Democratic Party, he was elected to the same position his father, Mario Cuomo, held for three terms. He has served as chair of the National Governors Association since August 2020.

A senator, a congresswoman and a presidential spokeswoman, all Democrats, on Sunday demanded an independent inquiry — led by someone not named by Cuomo.

Hours later, Cuomo’s special counsel Beth Garvey issued a statement saying that “to avoid even the perception of a lack of independence or inference of politics,” the governor had asked state attorney general Letitia James and New York’s chief judge Janet DiFiore to “jointly select an independent and qualified lawyer in private practice without political affiliation to conduct a thorough review of the matter and issue a public report.”

Cuomo, who denies any wrongdoing, had earlier chosen former federal judge Barbara Jones to lead a probe. But high-profile figures in his own Democratic Party said that was insufficient, and James said Sunday that she was ready to open an inquiry to ensure a “truly independent investigation.”

But James later clarified that state law specifically gave her office, not Judge DiFiore, sole authority to lead such an inquiry, adding that Cuomo must provide a formal referral so she can proceed with subpoena power.

New York Governor Andrew Cuomo, facing allegations of sexual harassment, contends that some of his 'insensitive' actions may have been misconstrued as flirtation, says he'll cooperate with the investigation. #NewYork #AndrewCuomo #Democrats pic.twitter.com/EP3wObsd0Q

Earlier Sunday, Senator Mazie Hirono, a Democrat from Hawaii, had joined in calls for a truly independent inquiry.

“Not the investigation that he announced himself?” an ABC interviewer asked.

“I wouldn’t consider that to be independent,” replied Hirono, who regularly asks nominees seeking Senate confirmation if they have ever committed sexual improprieties.

And Representative Alexandria Ocasio-Cortez, a prominent young House liberal, tweeted that the “detailed accounts” of Cuomo’s accusers “are extremely serious and painful to read.”

She, too, called for an independent inquiry led by the attorney general’s office.

“Every woman should be heard, should be treated with respect and with dignity,” Jen Psaki, spokeswoman for President Joe Biden, said on CNN. “There should be an independent review of these allegations.”

According to the 25-year-old Bennett, Cuomo, who is 63, said in June that he was open to dating women in their 20s, and asked her if she thought age made a difference in romantic relationships, the Times reported.

While Cuomo never tried to touch her, “I understood that the governor wanted to sleep with me, and felt horribly uncomfortable and scared,” she said.

Cuomo became a national star last spring with his straight-talking yet empathetic coronavirus briefings. They fueled speculation that President Joe Biden — then a candidate — might consider him as a running mate.

Cuomo said in a statement Saturday he “never made advances toward Ms. Bennett nor did I ever intend to act in any way that was inappropriate.”

He said he wanted instead to support and mentor Bennett.

On Wednesday, Lindsey Boylan said in a blog that Cuomo had harassed her when she was working for his administration, from 2015 to 2018.

Boylan, 36, alleged that the governor had given her an unsolicited kiss on the lips, suggested that they play strip poker and went “out of his way to touch me on my lower back, arms and legs.”