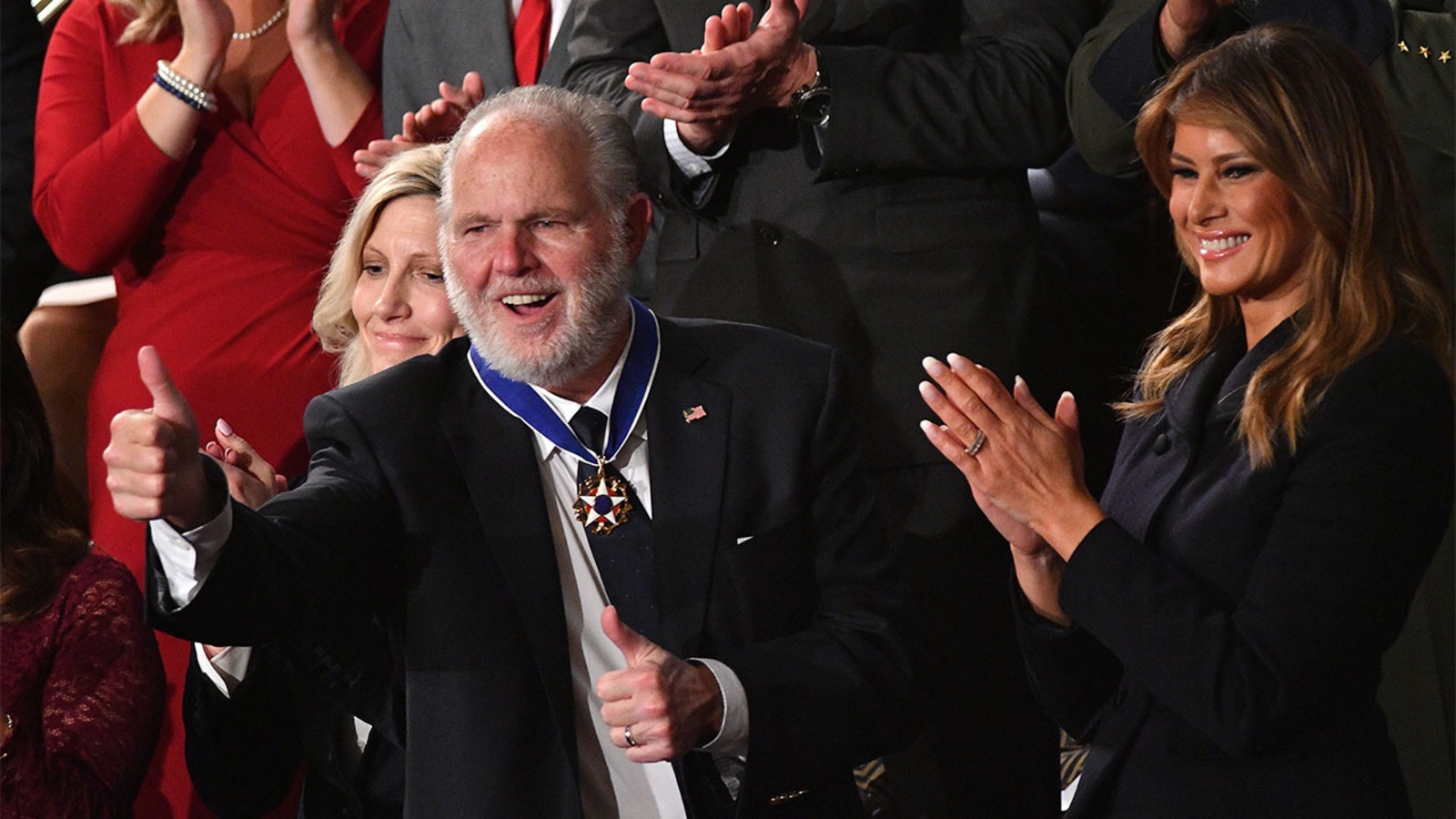 Conservative broadcaster Rush Limbaugh, who entertained millions and propelled waves of Republican politicians, has died at age 70. He had announced to listeners last year that he had stage four lung cancer.

Rush Hudson Limbaugh III (January 12, 1951 – February 17, 2021) was an American radio personality, conservative political commentator, author, and television show host. He was best known as the host of his radio show The Rush Limbaugh Show, which has been in national syndication on AM and FM radio stations.

Limbaugh’s death Wednesday morning was confirmed by his wife, Kathryn, at the start of his radio program.

Before right-wing conspiracy theorist Alex Jones, before Fox News, there was Limbaugh. His voice entertained millions of listeners, cheered conservatives hungry to see their beliefs reflected on the airwaves, and elevated long-shot Republicans to national prominence.

“I always say my real purpose is to attract the largest audience I can, and hold it for as long as I can, so I can charge confiscatory advertising rates,” Limbaugh told NPR in a 2007 interview. “Every time I’ve said that, it’s, ‘Oh, he’s just saying that! He doesn’t care what he says! He’s just trying to generate a big audience!’ And that’s not true. The benefit here is, I have the freedom to be entirely honest about my passions.”

Limbaugh’s clout in conservative circles was so great that he was wooed by three very different Republican presidents: George H.W. Bush, George W. Bush and Donald Trump, the latter a kindred spirit in manyways who awarded him the Presidential Medal of Freedom at the State of the Union address in February 2020.

Limbaugh was an influencer before the age of social media, a hot-take machine before people stopped pausing to think about what they were saying ahead of sending those words out into the world. And he embodied a counterpunch to what many on the right contended was a liberal media establishment — even as he offended millions with his racist, sexist and homophobic routines and diatribes.

Rush Hudson Limbaugh III was born in 1951 in Cape Girardeau, Mo., where there is now an official Rush Limbaugh hometown tour. His family maintained Republican ties: His grandfather had been an ambassador under President Dwight D. Eisenhower; his uncle was named a federal judge by President Ronald Reagan. His father was an attorney locally, while his mother was active in local Republican politics. He got his start at a station partly owned by his father, and his early years in radio were marked by clashes with bosses.

But after the Reagan administration set aside the Fairness Doctrine, which instructed broadcasters to present opposing views on controversial issues, Limbaugh unleashed his buoyant conservatism to great effect in Sacramento, Calif., and then New York City. And in his emergence on the national scene in the late 1980s and early 1990s, the man perfectly met the moment. Former House Speaker Newt Gingrich and his allies would give Limbaugh a huge amount of credit for the GOP’s rise in 1994, when the party took over the U.S. House and Senate for the first time in four decades.

“Talk radio, with you in the lead, is what turned the tide, Rush, and we know that,” U.S. Rep. Barbara Cubin of Wyoming, part of the wave of Republicans who swept to office that year, said in honoring Limbaugh at an event staged by the conservative Heritage Foundation. “You were the voice that everyone else could follow.”

She gave him a plaque that read: “Rush was right.”

No one believed that more than Limbaugh himself.

“There’s a whole psychology of doing the program the way that I do it,” Limbaugh told NPR. “And there is a lot of schtick and a lot of humour to it. But the one thing that I don’t do is make things up or say things I don’t believe, just to cause a reaction. Because that takes no talent.”

In the early-to-mid 1990s, Limbaugh hosted a TV show run by Roger Ailes, who went on to help Rupert Murdoch create and run the Fox News Channel. But radio proved to be Limbaugh’s perfect medium.

Breaking News: Rush Limbaugh is dead at 70. The voice of conservative America, he dominated talk radio for more than three decades with his attacks on liberals, Democrats, feminists, environmentalists and others. https://t.co/fJXVIp7Fp7

Over the years, Limbaugh allowed listeners into a more human dimension of his persona. There was his loss of hearing — at the core of a radio performer’s abilities — that led to cochlear implants. He also acknowledged his addiction to opioids, as that became public knowledge elsewhere. And in early 2020, the frequent cigar smoker revealed his diagnosis of lung cancer. Trump bestowed the Presidential Medal of Freedom on him shortly afterward, calling him a fighter.

Limbaugh repaid the favor a few weeks before the 2020 election, turning hours of his broadcast over to the embattled president for a virtual rally just weeks ahead of Election Day, after Trump had contracted COVID-19.

Later that month, Limbaugh announced that his cancer was terminal. “It’s tough to realize that the days where I do not think that I’m under a death sentence are over,” he told his listeners. Limbaugh said the challenges he had faced were no bigger, and no more important, than theirs.