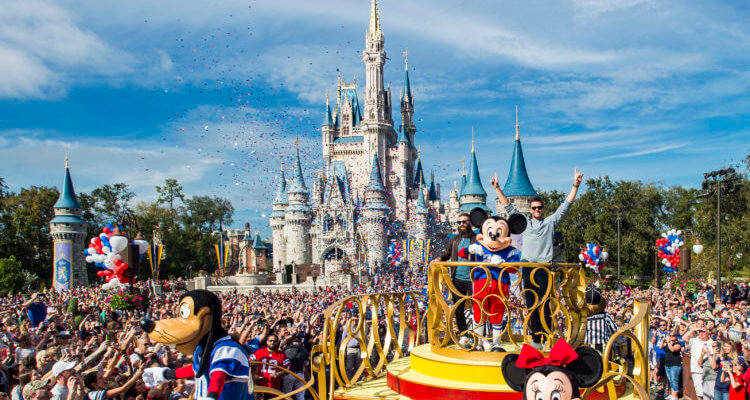 The Super Bowl is the annual championship game of the National Football League (NFL). Since 2004, the game has been played on the first Sunday in February. It is the culmination of a regular season that begins in the late summer of the previous year.

As fans prepare to watch Super Bowl LV on Sunday, Disney has some bad news: There will be no Super Bowl victory parade down the Magic Kingdom’s Main Street U.S.A. this year due to the coronavirus pandemic.

Despite the cancellation of the parade, the traditional “I’m going to Disney World” commercial is scheduled to air following the big game, according to post on the Disney Parks Blog on Friday.
“Disney Parks hopes to be able to bring back our other Super Bowl traditions next year, including letting football and Disney fans see and cheer on their favorite player in the park,” according to the blog post.

The tradition began in 1987 when New York Giants quarterback Phil Simms appeared in a commercial and said the now-famous phrase — which he voiced as “I’m going to go to Disney World” — after winning Super Bowl XXI.
The advertisements show clips of players and fans cheering and running around while the song “When You Wish Upon a Star” plays over the scenes. At the end, a narrator asks a player on the winning team, “What are you going to do next?” The player responds with “I’m going to Disney World!”
This year’s matchup features two quarterbacks, Patrick Mahomes and Tom Brady, who are familiar with the Disney ritual.

Last year, Mahomes capped off the Kansas City Chiefs’ victory in Super Bowl LIV with a fan-filled parade at Magic Kingdom after shouting the iconic phrase he tweeted about seven years before.

Also Read: Sydney FC vs Wellington Phoenix: How To Watch