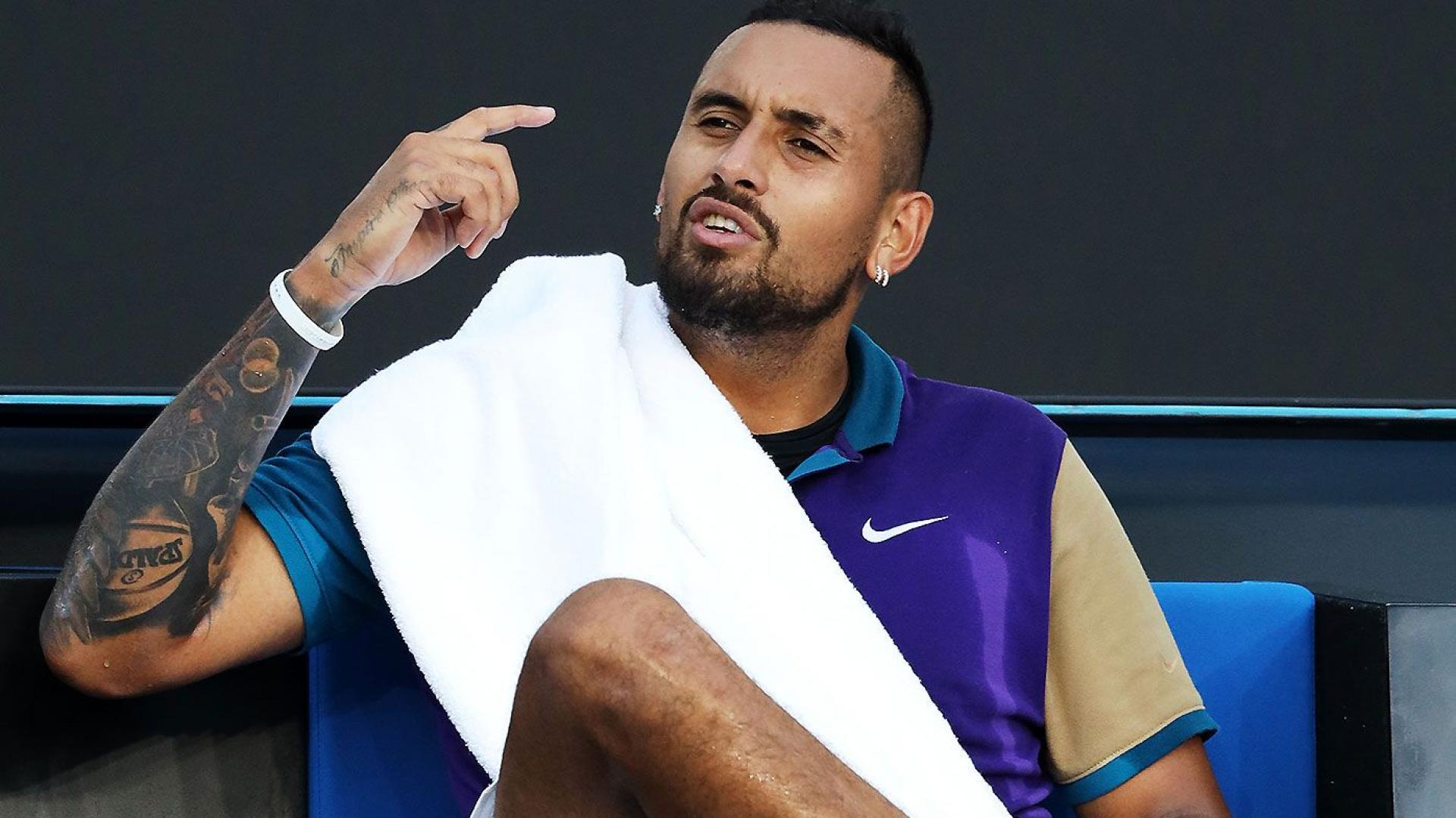 There were some major upsets as world No. 11 Gael Monfils and 2016 champion Angelique Kerber both suffered shock losses.

But the action really kicked up a notch when Nick Kyrgios took to the court.

Nick Kyrgios is through to the second round after beating Portugal’s Frederico Ferreira Silva in straight sets – but as usual, the attention wasn’t completely on his tennis.

The Aussie wild child shook off some early rust to eventually cruise to a 6-4 6-4 6-4 win but someone in his own camp was causing as many problems as Kyrgios’ opponent.

It took just two games for the world No. 47 to start muttering angrily to himself. He failed to take advantage of a breakpoint in the first game, then was broken in the second as Ferreira Silva took a 2-0 lead in the opening set.

Waiting to receive again, Kyrgios seemed to say it was “unbelievable” he’d coughed up an early lead and chastised himself for his early bungle.

"Tell your girlfriend to get out of my box!" 😂

Add another classic Nick Kyrgios moment to the list. 🗒

“Are you awake? You’re saying one thing for two games,” Kyrgios said to himself.

His murmurings were followed by a marathon third game and after botching a seventh break point, Kyrgios shouted to a member of his entourage: “Tell your girlfriend to get out of my box.”

It’s unclear who the comment was directed at, though his brother Christos was in his box ahead of the match.

Kyrgios finally broke back in the third game and then held serve for 2-2.

The 25-year-old was far from happy but found his groove as normal service resumed and he claimed the first set 6-4.

With his temper tantrums out of the way, Kyrgios could concentrate on playing somewhere near his best and when he locked in his serve he was unstoppable.

He got some rapid points off his own racquet – including a blistering 46-second hold in the eighth game of the second set – as he took a 6-4 6-4 lead.

It looked like Kyrgios would maintain the rage in the third but after being broken to love in the second game, he blew up again, appearing to yell at his box once more.

Thankfully it was just a minor speed bump and Kyrgios unleashed his full array of strokes – including an incredible drop shot tweener winner – as he motored to victory.

“It was special. I appreciate you guys coming out. Obviously very strange year last year. We all overcame it together to make this possible,” Kyrgios said when asked what it meant to be back on his favourite court in the world.

“I’m just super appreciative of you guys coming out. It was amazing. It felt normal, to be honest. You guys were going nuts, it was good to see. Hopefully we can continue to do it.”