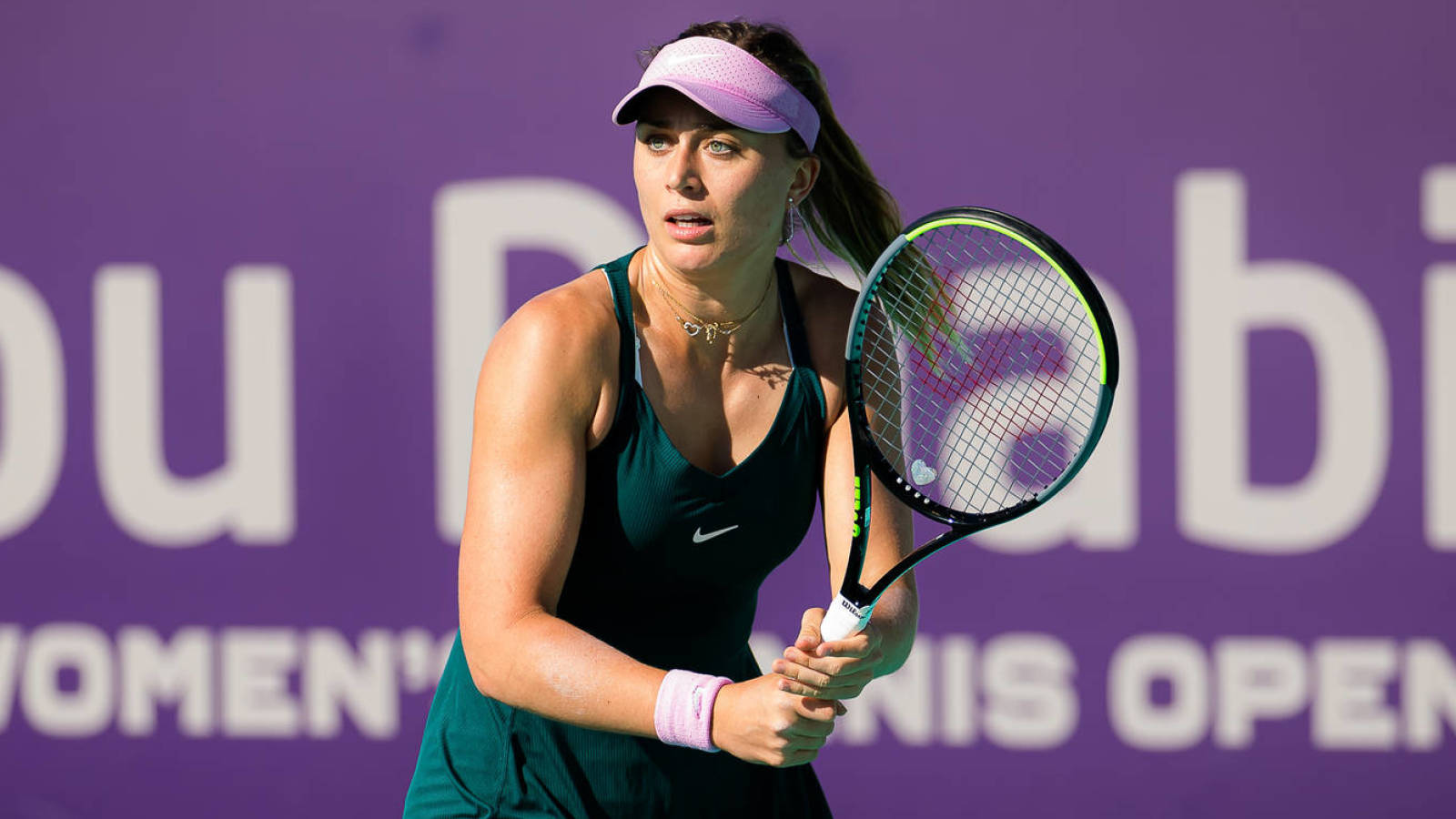 A Spanish tennis player ranked in the top 70 who was forced to quarantine in her hotel room after potentially being exposed to coronavirus on an Australian Open charter flight says she has tested positive for COVID-19.

Paula Badosa, a 23-year-old who reached the fourth round at last year’s French Open, wrote on Twitter that she received her test result on the seventh day of her hard quarantine, despite previously complaining about being forced to isolate.

“I have some bad news,” Badosa said in a post written in Spanish and English.

“Today I received a positive COVID-19 test result. I’m feeling unwell and have some symptoms, but I’ll try to recover as soon as possible listening to the doctors.

“I’ve been taken to a health hotel to self-isolate and be monitored.”

Badosa was among the 72 tennis players who were placed under a stricter lockdown — unable to leave their hotel rooms at all for two weeks — after being on a flight with someone who tested positive upon arrival in Melbourne.

Tennis Australia has refused to identify those dozens of players, but several have posted on social media about being in hard lockdown.

Badosa is the only player to have been identified as testing positive.

Please, don’t get me wrong. Health will always comes first & I feel grateful for being in Australia. Quarantine & preventive measures are pivotal right now. I talked about rules that changed overnight but I understand the sad situation we are living. Sorry guys. Stay safe. I❤️🇦🇺

A number of players have been complaining of being placed into full isolation, including Badosa, who said in a since-deleted tweet that she had not been expecting to have to isolate, even if there had been a positive result on the plane.

“At the beginning the rule was the positive section of the plane who was with that person had to quarantine. Not the whole plane,” she wrote.

“Not fair to change the rules at the last moment. And to have to stay in a room with no windows and no air.”

Tennis Australia boss Craig Tiley said those players were in the minority and some other players, including Arem Sitek, said the rules had been communicated to players prior to them travelling.

Badosa said via a tweet on Friday morning, saying that quarantine and preventative measures were “pivotal”, but doubled down on her criticism of quarantine rules “that changed overnight”.

Before the positive test became public, the Royal Spanish Tennis Federation (RFET) issued a statement in support of “each and every Spanish player who is currently suffering the consequences of confinement in Australia”.

The RFET said players had not been informed about the possibility of going into isolation based on a positive test on a plane, only if they returned a positive PCR test.

The statement said that the RFET “understand” the measures are taken for the good of everyone but called for the confinement to be “compatible with the mental and physical health of the athletes.”