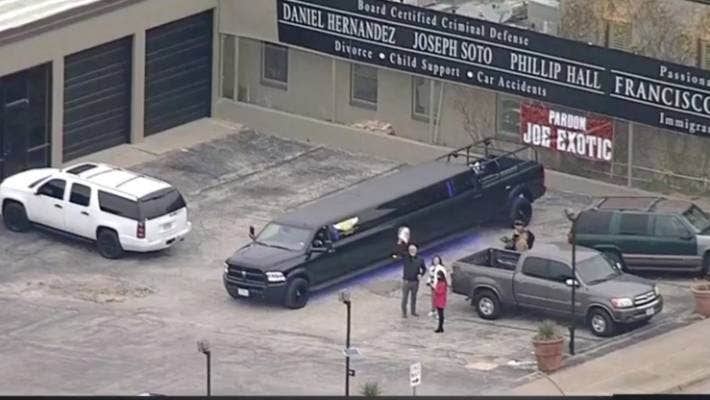 In his final hours of office, outgoing President Donald Trump is expected to issue more than 100 controversial pardons.

There are reports he could pardon political allies and friends, including controversial Netflix star the “Tiger King”.

Associate Professor of the United States Study Centre at the University of Sydney, Brendon O’Connor, told 6PR’s Gareth Parker the US constitution allows presidents to pardon people for federal crimes.

“It is an extraordinary power, it’s in the constitution so it goes back to the beginning of the United States,” he said.

“If there were cases that poor decisions had been made.. it was a way of wronging injustices.

“It has really twisted from the intention that it was originally established with.”

Tiger King star Joe Exotic is so confident he will be pardoned, he has a limo waiting outside his lawyers office in Texas.

This is the stretch Limo standing by at #JoeExotic Fort Worth Lawyers office. I’m told they’re waiting on a call from the White House confirming the presidential pardon before heading to pick him up at the prison. @CBSDFW pic.twitter.com/1tJzQHefxD