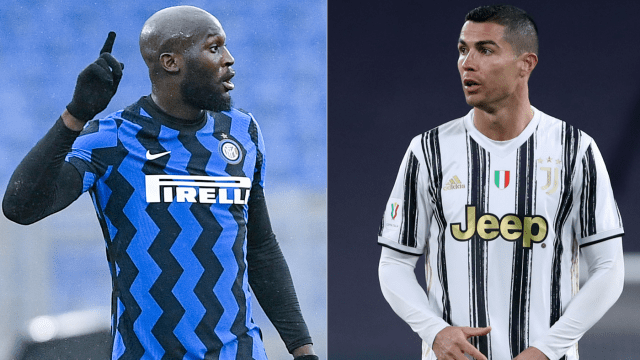 Cristiano Ronaldo failed to score what would have made him the highest all-time scorer in the history of the game as Inter Milan blank Juventus 2-0 at San Siro stadium in a Serie A clash on Sunday. With the win, Inter Milan also went top of the points table alongside AC Milan with 40 points.

Arturo Vidal got things underway as he broke the deadlock in the 12th-minute of the match. The former Juventus star headed one to get Inter Milan on the lead. Juventus came close on a number of occasions, but could not find the equaliser as the hosts took the lead into half-time.

Seven minutes after the break, Inter doubled the lead when Nicolo Barela latched onto a stunning Alessandro Bastoni through ball from deep into his own half and perfectly slotted past Szczesny into the top corner. The midfield of Juventus was way off the mark and that hurt the side as they remain fifth in the points table.

During the game, Ronaldo did not look at his best and that did not help Juventus’ cause.

“We were disorganised on the opening goal, didn’t follow their through runs and were caught out. It all became more difficult from there,” said Andrea Pirlo after the match.

“I don’t understand why Pirlo put Ramsey in front of Frabotta. He had to go up against Hakimi & Bastoni, Hakimi is truly impressive, even in the 95’. He was tearing up everyone,” said Alessandro Del Piero after the match.