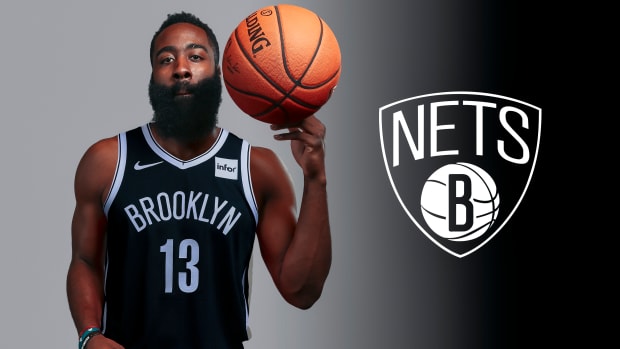 According to ESPN’s Adrian Wojnarowski, the Nets have agreed to a multi-team trade that will land them one-time MVP James Harden.

The Nets gave up a lot to get Harden, but they now have one of the most talented Big Threes in NBA history in Harden, Kyrie Irving and Kevin Durant.

Scott Rafferty—It wouldn’t shock me at all if Brooklyn is holding the Larry O’Brien trophy at the end of the season, but I have too many questions to crown the Nets the best team right this second. For one, I need to see if Harden, Irving and Durant can figure it out offensively, with each of them being used to having the ball in their hands. Two, I had concerns about them defensively before the trade, and Harden doesn’t exactly raise their ceiling on that end of the floor.

Ask me again in a week or two and my answer might be different, but right now, it’s a wait and see for me.

Gilbert McGregor—They’re the best team in the East, I’ll give them that. I also fully expect the Nets to be competing for a title in July but they’re not better than the defending champs or the LA Clippers, as far as I’m concerned.

I’m already giving this team a ton of credit before even seeing them step foot on the floor, so I’ll make sure I remain a little realistic and not crown them completely until I see how they actually look. There will be an adjustment period and things might get worse before they get better but I’m confident that when things do get better, there isn’t a team in the East that has the answers for Brooklyn’s firepower.

In the league, though? That’s a different story.

Yes, they have unlimited firepower with Durant, Harden and Irving, but there’s still only one basketball for three very high-usage players. Defensively, there is still a ton for Brooklyn to figure out, especially after moving Jarrett Allen in the deal and its depth is on thin ice at the moment.

This deal might make the Nets the most entertaining team in the league but it doesn’t make them the best team in the NBA.

Benyam Kidane—The talent level of this team is through the roof and in a star’s league, the Nets have three of the biggest in the NBA.

The Nets already had one of the best, if not the best offensive duos in the league with Kevin Durant and Kyrie Irving, and now they’re adding the winner of the last three scoring titles in James Harden! I’m sure it will take some time to find the right balance between the new Big 3, but every night opposing defences are going to have nightmares trying to contain them.