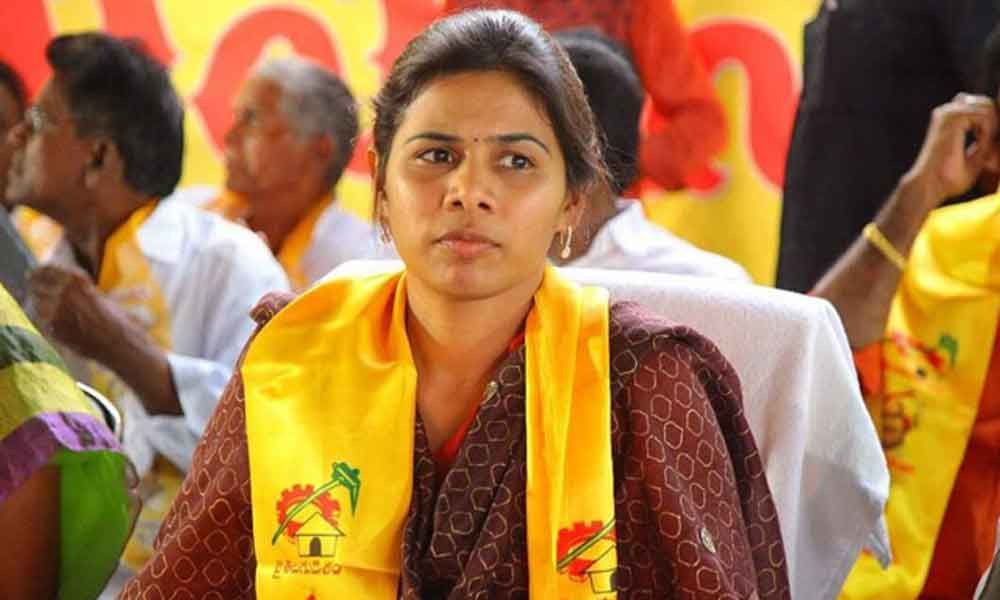 “We have taken Akhila Priya into custody from her residence in the morning and after preliminary interrogation and arrested her formally in the afternoon. She would be produced before a local court in Secunderabad for judicial remand later in the evening, after medical examination,” Hyderabad police commissioner Anjani Kumar told reporters.

Apart from Akhila Priya, her husband Bhargav Ram and another senior TDP leader from Kurnool A V Subba Reddy were among several people who were allegedly involved in hatching and executing the kidnap plan. “We have formed special teams of the police for tracking and apprehending the other accused,” the commissioner said.

“The brothers were said to be involved in a land dispute with the accused at Hafeezpet on the city’s outskirts. The details of the land issue are being probed,” Anjani Kumar said.

According to the commissioner, about 10 people barged into the residence of Praveen Rao, who has been living with his two brothers Sunil Rao and Naveen Rao at Krishna Residency apartment at Manovikas Nagar in Bowenpally at around 7.20 pm. They introduced themselves as Income Tax officers and one of them even flaunted his identity card.

“They separated the brothers from the rest of the family and asked them to sit in the hall, while forcing the others to go into a bedroom. Later, they whisked the three brothers away in a vehicle. The kidnappers also took away laptops and mobile phones from them,” the commissioner said.

After waiting for more than an hour in the bedroom, the other family members came out and realised that three men were kidnapped. They immediately alerted the police, who swung into action to track the kidnappers.

“We alerted our counterparts in the Cyberabad and Rachakonda police commissionerates and kept a tab on the movement of all vehicles on closed circuit television (CCTV) cameras, besides mobile phone towers,” he said.

At around 3.30 am, the kidnappers released the three brothers at Kokapet-Narasingi area on the outskirts of Hyderabad, not before forcing them to sign some documents at a farmhouse where they were confined for a few hours.

“Based on the complaint given by the family members, we have arrested Akhila Priya. We are on the lookout for others,” the commissioner said.

Pratap Rao, another brother of Praveen Rao told reporters earlier in the day that there was a dispute between the accused and his family over 50 acres of land at Hafeezpet in which they were partners.

“Instead of settling the issue through legal means, they tried to intimidate our brothers. The issue has nothing to do with the chief minister’s family. So, please don’t drag the family into this,” Pratap Rao said.