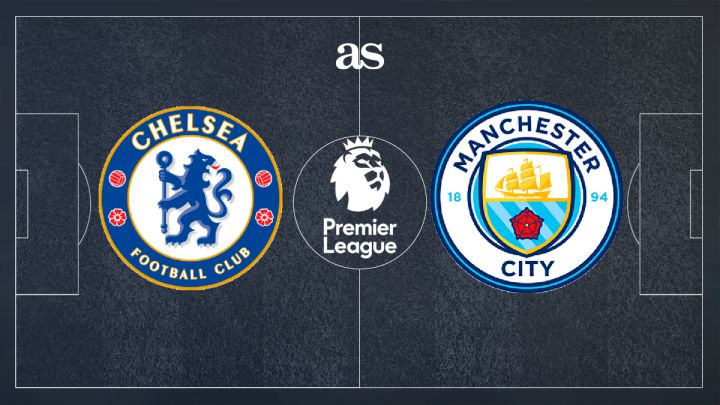 Chelsea won a free-kick on the left. The delivery was headed away to Kante, who tried to play the ball back into play. But the ball fell to De Bruyne, who set Sterling free from the halfway line. Kante chased him and forced Sterling to go left. The Englishman went too deep and waited for help to arrive. But other City payers were marked, at least at this point. So, he turned back and went for a curling shot towards the far, right post. The ball ricocheted off the crossbar and fell at the feet of KDB, who eventually slotted the ball safely.

33′ GOOOALLL!!! MACHESTER CITY HAS GONE BERSERK AS KEVIN DE BRUYNE MAKES IT 3-0!! Pure comedy from Chelsea! What a disappointing way to concede!! I wouldn’t be looking at Lampard if I were a Chelsea player.

27′ BLAZED OVER! What was that? The move started with Gundogan feeding KDB, who sets Foden free in the left channel with a smart flick pass. The England international then sends a cross into the box from deep and finds Cancelo at the far post. Joao threw the kitchen sink at it, as his powerful attempt flies away over goal.

Coming to the goal, it was just another KDB masterclass. He makes a brilliant run into the centre from the left and looks to set Foden free. But Thiago Silva gets in the way and clears the ball with a slide tackle. However, the ball falls back to de Bruyne, who puts in a low cross from the byline and Foden flicks it past Mendy at the near off his left from from a tight angle.

Coming to the goal, Zinchenko fizzles a quick pass to Foden from the flank. The youngster then controls the ball well and pokes it to Gundogan at the edge of the box. He takes a touch to his right, takes it away from Silva, and curls the ball past Mendy into the left post. BEAUTIFUL FINISH

18′ GOOOOOALLLL!!! MAN CITY TAKE THE LEAD! IT’S GUNDOGAN WHO GIVES HIS SIDE THE LEAD WITH A BRILLIANT GOAL!

16′ CHANCE!!!! KDB inches away from opening the scoring. Cancelo, from 35 yards out on the right, threads a lovely through ball to de Bruyne, who beats his marker easily and goes for the far, left post. But the ball spins away for a Chelsea goal kick.

Numerous replays of the Rodri challenge say that it was a definite foul. Rodri got his foot in front of Werner but didn’t make contact with the ball. WELL, WHAT’S DONE IS DONE!

12′ PERILOUS! NO PENALTY! Werner, from the edge of the box, looks to go through to goal. Rodri charges from behind and his challenge ends in Werner going down. But no penalty given, even after a VAR check.

9′ Positive start from Chelsea. First, Werner fights his way out of a double block to thread the ball to Mount, who plays to Ziyech on his right. Ziyech’s cross from the right wing is cleared but his fed again soon after. This time, his delivery is a tad heavy as the ball soars over Pulisic for City’s goalkick.

6′ CORNER FOR CHELSEA! Mount tips it Ziyech from the spot and the shot is deflected for a corner. Another corner for Chelsea. Mount swings it in but the ball is cleared away. Nothing comes off this corner either.

3′ Chilwell looks to square it deep from the left flank, but he is closed down on by Silva and Cancelo.

Zinchenko gets his first PL start this season.

Chelsea unbeaten in its last 11 games at home. But has only taken 8 of the available 21 points home and away.

There is a minute-long applause for former Chelsea manager Tommy Docherty, who died aged 92 on New Year’s Eve.

Chelsea manager Frank Lampard says his side’s preparations for Sunday’s Premier League clash against Manchester City will go ahead as planned despite fresh COVID-19 cases at both clubs this week.

City’s match against Everton was postponed on Monday after multiple positive cases for the coronavirus at the club.

The first-team squad was able to resume training on Wednesday only after the entire staff in the bubble returned negative COVID-19 tests.

“I’ve been given the chances of the game being postponed. At the moment the game is on,” Lampard told a news conference on Friday.

“We know that Manchester City have had some (COVID-19) positives at their training ground,” he added.