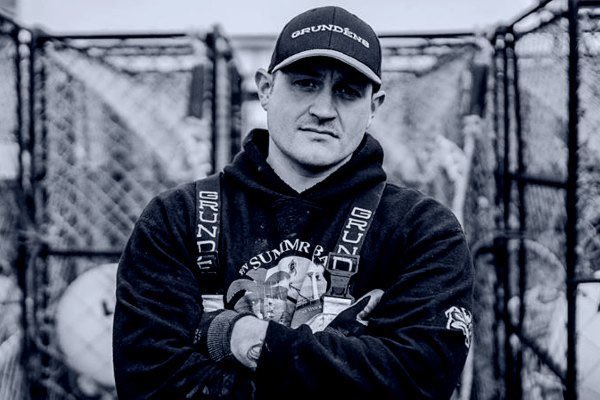 Trauma be making me fall asleep randomly. It also wakes me up randomly. Navigate carefully.

Nick McGlashan, who starred on the hit reality series “Deadliest Catch,” has died in Nashville, the Davidson County Medical Examiner confirmed to CNN on Monday. McGlashan was 33. No cause of death or further information was given and his death is currently under investigation.

Nick McGlashan’s death was first reported by his sister Lydia and later confirmed by Today after talking with the Forensic Medical Management in Nashville. Lydia posted a Tweet late on Sunday, and expressed her devastation in the wake of this unexpected and tragic event:

My brother nick passed away. This is the hardest thing I’ve ever had to go through. Please hold your loved ones tight.

As previously mentioned, the cause of death for Nick McGlashan is unknown. With that being said, and the fact that there is a pending investigation by the Nashville Forensic Medical Management, it appears safe to speculate the death did not occur while he was out at sea in Alaska. McGlashan’s death comes only four months after the death of Deadliest Catch’s Mahlon Reyes, who died of a heart attack. Both men were in their thirties.

As Nick McGlashan is laid to rest, his sister Lydia is asking for donations in order to help support the their mother June during this trying time. Social media has flooded with fans of Deadliest Catch who have followed McGlashan’s journey and have wished the family and his Captain Wild Bill the best after this shocking news. His death will surely send shockwaves through the reality television community, as one of the younger stars of Discovery to have passed.

Nick McGlashan was a seventh generation fisherman who was named after his grandfather. He worked with Captain Wild Bill in 2011 on the Kodiak, as well as the Cape Caution and Summer Bay. McGlashan was known to be witty, but also someone who could be relied on out on the dangerous seas where crab fishing is bountiful. As his biography on Discovery mentions, however, McGlashan had his vices and was briefly kicked off the ship back in Season 13 to attend rehab for drug and alcohol addiction.

Once sober, Nick McGlashan revealed that he had overdosed three times before going into treatment in September of 2016. The Deadliest Catch cast member reportedly struggled with an addiction to heroin, methamphetamine, and alcohol. In an article titled “The Deadliest Disease,” McGlashan documented his struggles with addiction and remarked that at his lowest point and ceased to be a functioning addict he welcomed death. The fisherman eventually overcame his debilitating addiction and found his way back to the show, where he was featured regularly up until his recent death.