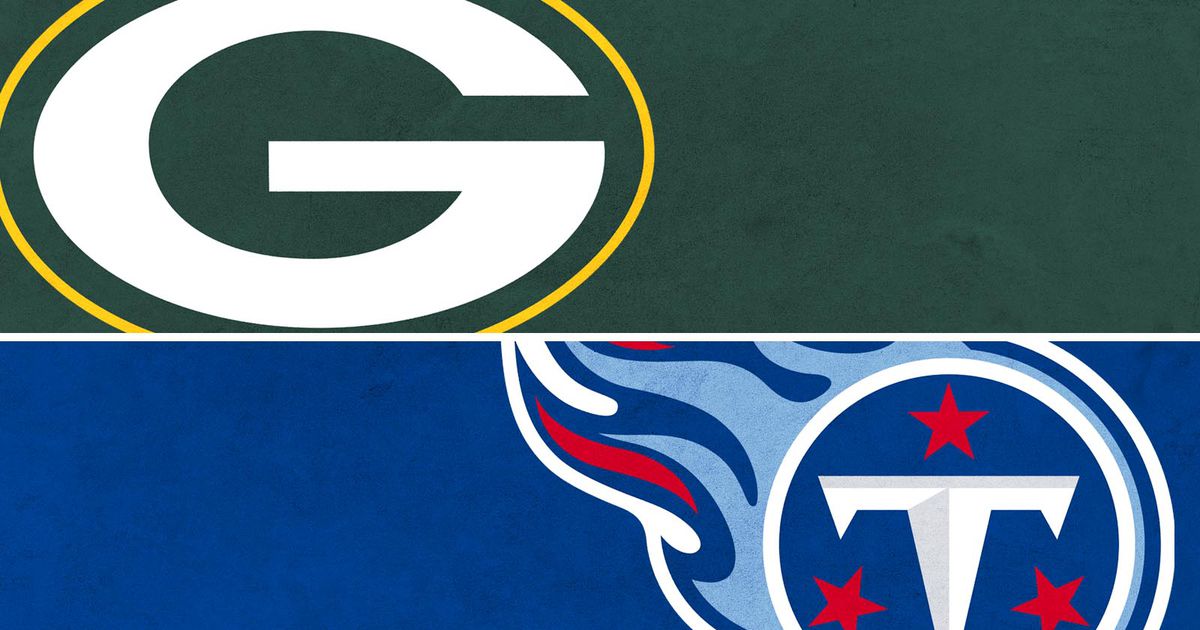 The snowy weather at Lambeau Field on Sunday night may have suggested a big night for the Tennessee Titans, who rely a lot on a bruising rushing attack led by Derrick Henry. Instead, the host Green Bay Packers ran away with the show — literally. With big-time contributions from both Aaron Jones and rookie AJ Dillon, not to mention a near-perfect outing from presumptive MVP favorite Aaron Rodgers, Matt LaFleur’s squad had little trouble cruising past the AFC South contenders in prime time. With the NFC’s No. 1 seed set in their sights, the Packers scored early and often, then easily sealed their lead in crunch time, securing a 40-14 victory to improve to 12-3 on the season and drop Tennessee to 10-5 ahead of Week 17.

With the victory, the NFC North-champion Packers are now within one win of sealing the top seed — and a first-round bye — in the postseason. The Titans, meanwhile, have yet to officially qualify for the postseason with the Colts still alive in the South.

Aaron Rodgers is the MVP! That’s right. You heard it here. The ageless wonder, inexplicably written off by some in 2019, deserves the award. Sunday night was one of many examples why. Save for an ill-advised fourth-quarter throw on which he got just a touch greedy and gifted Tennessee a turnover, No. 12 was pure magic under the Lambeau snowfall. His signature pocket poise was evident all night, as was his chemistry with a predictably dominant Davante Adams.

It helped that Matt LaFleur’s ground game also feasted on the Titans, with Aaron Jones running like he was shot out of a cannon (including on a 40-plus yard sideline sprint Tennessee should’ve challenged to reverse) and AJ Dillon proving all the draft-day naysayers wrong with a bruising night perfect for cold weather. Don’t forget to credit Mike Pettine’s defense, too, which was particularly feisty in the secondary, deflecting a handful of key Ryan Tannehill passes and picking off two.

Mike Vrabel’s defense had no answers for Aaron Rodgers and Aaron Jones. Few teams do, but this was an especially ugly showing for Tennessee, which surrendered far too many easy throws, including in crucial spots, early on. Malcolm Butler had a nice diving pick of an errant Rodgers throw late, but otherwise the Titans simply found themselves playing catch-up all night.

No. 2, on a night where Derrick Henry was just OK despite the snowy weather suggesting he’d be in for a heavy, steadily dominant workload, Tannehill too often looked uneasy firing the ball downfield. His 45-yard TD sprint was a clean thing of beauty, but the aerial production just was not there, with Jaire Alexander and Green Bay’s secondary causing him fits on a night where he needed to be darn near perfect to match Rodgers and come away victorious.

You might say Tannehill’s first pick, which allowed the Packers to jump out to an early two-score lead. But the Titans fought back, with Tannehill’s surprise TD run pulling Tennessee within five early in the third.

Just a few plays later, however, things changed for good: On first down, Aaron Jones galloped 39 yards down the left sideline, eluding all kinds of Titans to put Green Bay right back in the red zone. Replay revealed that Jones had stepped out of bounds early in the run, but the Packers hurried to the line before Tennessee could challenge, retained the big play and proceeded to score on an easy Rodgers-to-Adams TD, never looking back from there.

The Packers (12-3) will close their 2020 season against the rival Bears (8-7), who are fresh off a blowout win over the Jaguars. Green Bay will lock up the No. 1 seed in the NFC with a win next week.

The Titans (10-5), meanwhile, will finish against their AFC South rival Texans (4-11), who just lost to the Bengals in Week 16. They’re in a battle for the AFC South crown but could slip out of the playoffs altogether with a loss, as four other AFC teams also own 10-5 records.