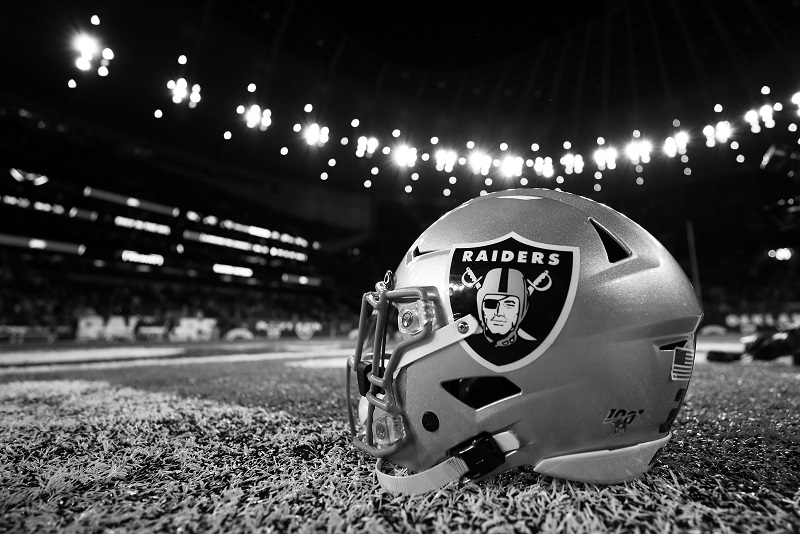 Reports of Derek Carr’s groin injury were, to paraphrase Mark Twain, greatly exaggerated. And on the flip side, the Las Vegas Raiders suddenly found a pass rush — their three sacks Saturday tied a season high.

None of it mattered, though. Not with such a putrid defense. And not with Arden Key giving the Miami Dolphins an extra 15 yards on a face mask penalty against quarterback Ryan Fitzpatrick and with blown coverage by Damon Arnette and Isaiah Johnson, all on top of ultraconservative playcalling in the red zone by the Raiders.

The result Saturday: another heartbreaking loss for Las Vegas, this one 26-25, on a last-second field goal after the Raiders had taken a two-point lead with 19 seconds to play. As such, the Raiders have now dropped three straight and, after a 6-3 start, have lost five of six to fall to 7-8 and officially eliminate themselves from the playoff race.

The Raiders milked the clock, did not take a touchdown and kicked a field goal with 19 seconds to go to give the defense a chance and it still did not work.

Darren Waller is the real deal, folks. Yeah, he got his recognition this week with a Pro Bowl nod, but he showed exactly why he is in the upper echelon of tight ends — if not the best tight end in the game — against the Dolphins. Waller made some ridiculous catches in coverage downfield and finished with five receptions for 112 yards. On the season, he has 98 catches for 1,079 yards, becoming only the second tight end in franchise history to author multiple 1,000-yard receiving seasons (Waller had 1,145 receiving yards last season, and Todd Christensen did it in 1983, 1984 and 1986). Only Hall of Famer Tim Brown has caught more passes in a single season for the Raiders (104 in 1997).

Sell on a breakout performance: Wait, what? Nelson Agholor had a monster game with five catches for a career-high 155 yards, including an 85-yard zigzag for a score. But consistency is key here, and Agholor, while efficient at his best, has also had a bad case of the dropsies at times this season. Still, hats off to his big game, which included a fourth-quarter pass interference penalty on Dolphins cornerback Byron Jones that netted the Raiders 49 yards.

QB breakdown: Yes, Carr showed some springs on his 1-yard touchdown plunge in the first quarter, but after leaving last week’s game nine nights ago with a groin strain, he did not look totally comfortable. Now, mobility is not as strong a suit for him as it is for, say, Marcus Mariota, but Carr has been known to extend a play or three with his legs in his career. Just not Saturday night. In fact, his lack of mobility and reluctance to run, particularly in the red zone, where the Raiders had to settle for four field goals, was clearly an issue. Especially on a sack he took that knocked the Raiders out of field goal range. Still, Carr bought himself enough time to kinda-sorta scramble to his right and find Agholor for the 85-yard score. Carr completed 21 of 34 attempts for 336 yards and a touchdown. Fool’s gold? The Raiders needed touchdowns, not field goals.