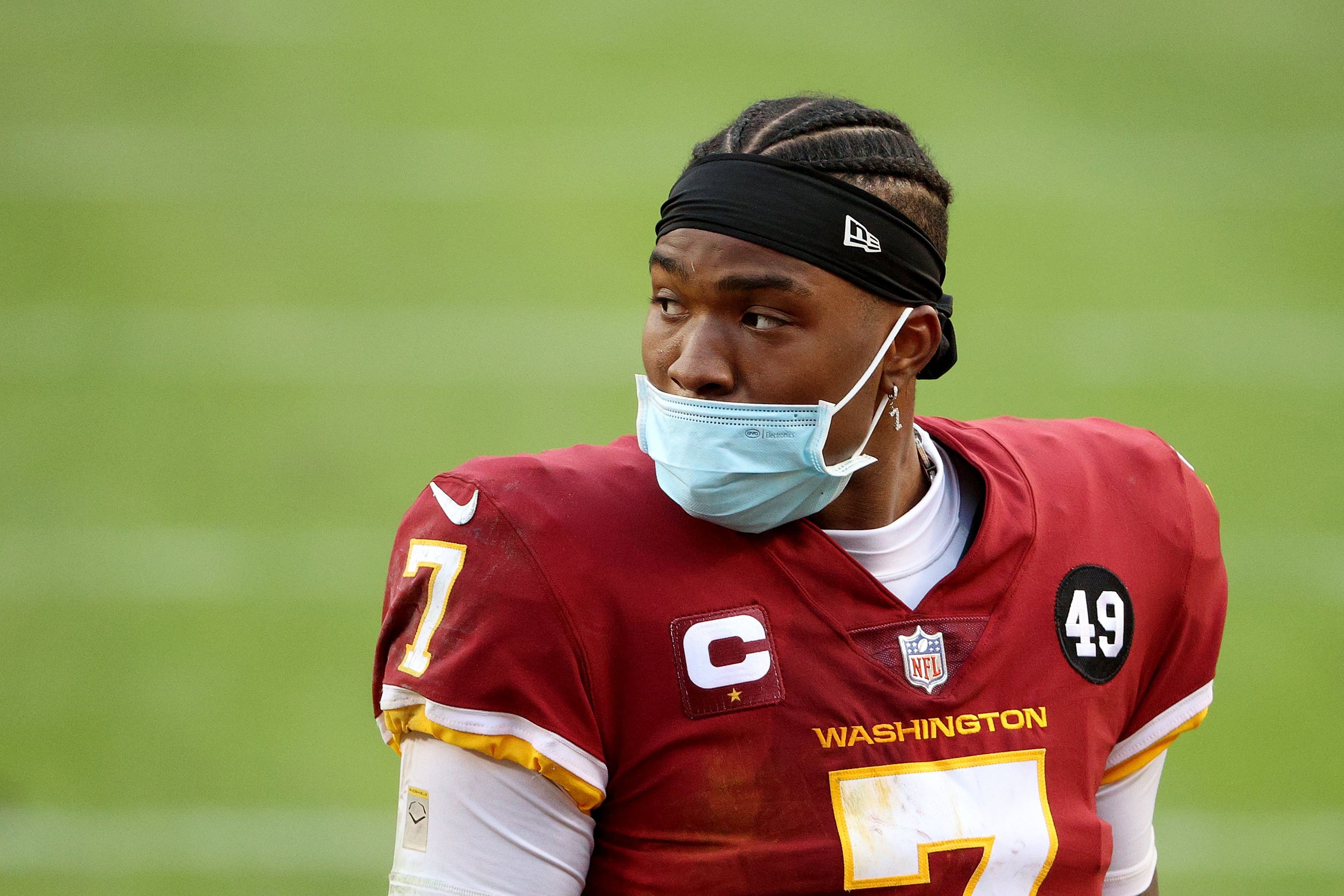 Dwayne Haskins may have celebrated too hard after his latest start.

The 2019 first-round NFL draft pick is in hot water with the NFL and Washington Football Team over a viral Instagram story depicting Haskins partying maskless with strippers.

In one story, a woman is sitting on the Washington quarterback’s lap with both parties holding wads of cash without masks on. Another story shows five maskless women wearing Washington No. 7 jerseys (Haskins’ number) sipping mimosas around a table.

Is this Dwayne Haskins? I really hope not. These women are all wearing Washington #7 shirts yesterday and that certainly does look like #7 himself partying maskless last night with strippers after the game. pic.twitter.com/BxgHdjuiCe

“I want to publicly apologize for my actions this past Sunday,” Haskins wrote on his Twitter account, which he made private after his apology. “I spoke with Coach Rivera yesterday and took full accountability for putting the team at risk. It was irresponsible and immature of me and I accept responsibility for my action. I also want to apologize for creating a distraction for my team during our playoff push. I will learn and grow from this and do what’s best for the team moving forward.”

“The Washington Football Team is aware of social media posts showing QB Dwayne Haskins partying maskless in a strip club, was in contact with the NFL yesterday about the matter and is handling the matter internally, I’m told,” NFL insider Tom Peilssero wrote on Twitter on Tuesday.

“Going to a nightclub without PPE is considered ‘High Risk COVID-19 Conduct,’ punishable by a maximum fine of one week’s salary or up to four-game suspension,” Pelissero said of Haskins, who faced previous fines this year for a separate COVID-19 violation.

Pelissero added that NFC East-leading Washington does not plan to release the 23-year-old, who is the lone healthy quarterback on their roster with Kyle Allen out for the year and Alex Smith dealing with a calf injury.

Haskins was relegated to third-string in early October behind former undrafted free agent Allen and veteran Smith, who hadn’t played in a NFL game since 2018. At the time, Haskins was also battling a non-COVID-19 stomach bug and dealing with the unexpected death of his puppy, Nipsi.

“Our full focus is on the Panthers game,” a team source told Chris Russell of 106.7 The Fan.

4 thoughts on “Dwayne Haskins under fire after maskless photos leak”