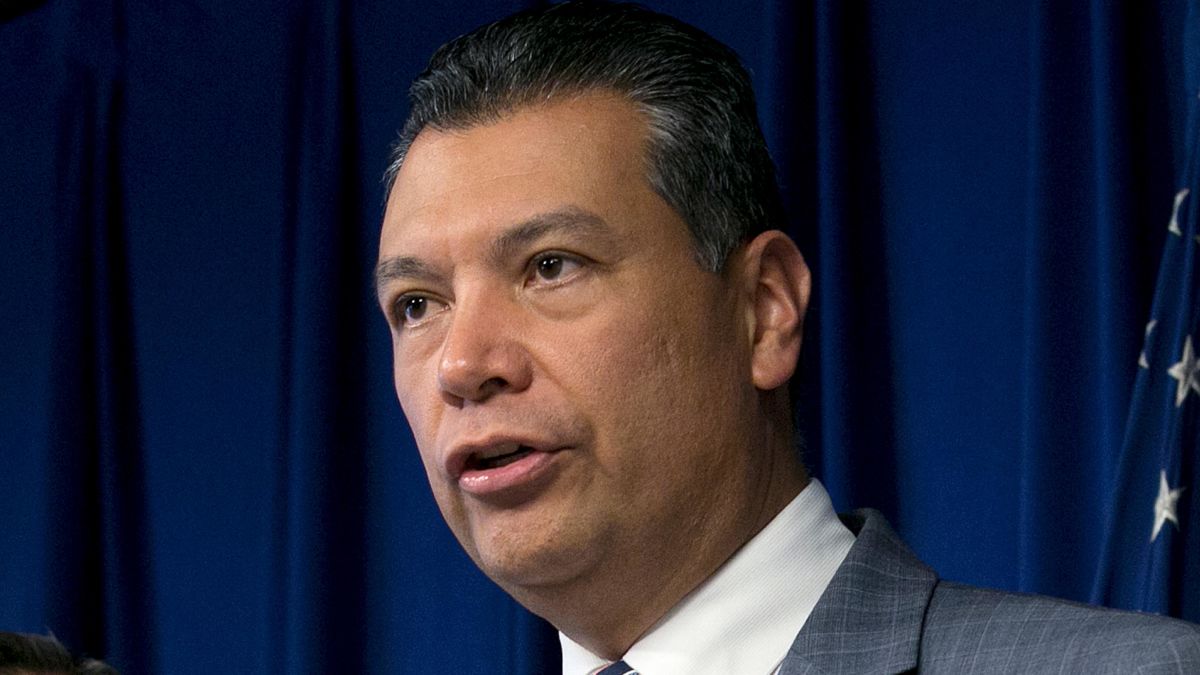 Padilla will be the first-ever Latino to represent California in the US Senate. He will serve out the rest of Harris’ term, which is set to expire in 2022, at which point he will have the option to run for a full term until 2028.

California is one of 37 US states where governors fill a US Senate vacancy by appointment, while the other 13 states require a special election to fill a Senate vacancy, according to the National Council of State Legislatures. Five states, not including California, require the governor to appoint a person of the same party.

His appointment will make history. But the @AlexPadilla4CA I know is far more interested in changing history — especially for the working men and women of our state and country.

I can think of no one better to represent the state of California as our next United States Senator. pic.twitter.com/xiAzpTS42Y

In addition to selecting Harris as his running mate over the summer, President-elect Joe Biden recently tapped another California statewide official, Attorney General Xavier Beccera, to be his nominee to lead the Department of Health and Human Services.
Padilla has had a long career in politics, first as a Los Angeles City Councilman in the late 1990s and early 2000s, including a stint as City Council President, and then as California State senator before being elected as Secretary of State in 2014.

In that office, he has served as the state’s chief election official, in addition to overseeing notaries, business registrations, and official campaign finance and lobbying disclosures.

In his statement announcing the selection, Newsom praised Padilla’s work registering voters, expanding automatic voter registration and pre-registration for 16 and 17-year-old voters, and bolstering the security of California’s election infrastructure and voting equipment.

Newsom had a deep bench to draw from in selecting a replacement for Harris among the ranks of the state’s Democrats. Activists and party leaders encouraged Newsom to prioritize diversity of background and experience when replacing the Senate’s only Black female member and only female member of Asian descent. “The son of Mexican immigrants – a cook and house cleaner – Alex Padilla worked his way from humble beginnings to the halls of MIT, the Los Angeles City Council and the State Senate, and has become a national defender of voting rights as California’s Secretary of State. Now, he will serve in the halls of our nation’s Capitol as California’s next United States Senator, the first Latino to hold this office,” Newsom said in a statement.

That deep bench of Democratic talent in the state means the battle for a full term in 2022 will still likely be competitive.

California uses a jungle, or “top-two,” primary system in which candidates of all parties run on the same primary ballot and the top two advance to the general, resulting in many elections between two Democrats.

And while Harris is moving on to the second-highest office in the land, she may not end up straying too far from Capitol Hill. As vice president, Harris will serve as president of the US Senate and could frequently serve as a critical tie-breaking vote if Democrats win both of Georgia’s US Senate runoffs on January 5, which would split the chamber exactly 50-50 between Democrats and Republicans.