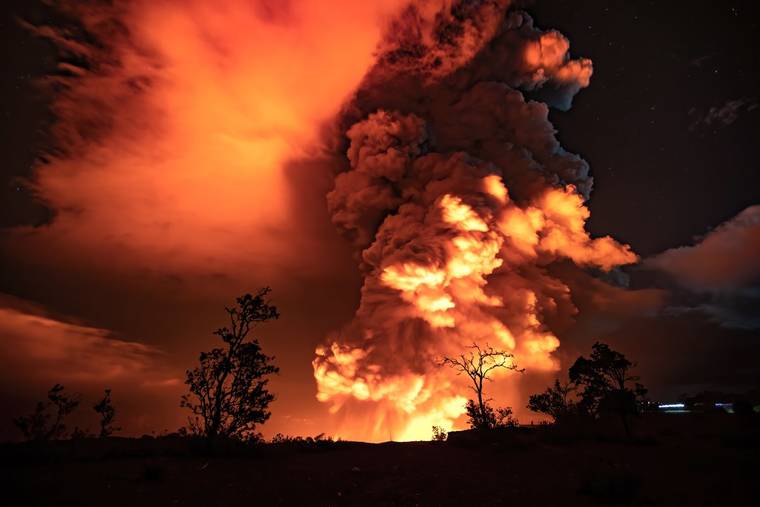 “The situation is rapidly evolving and HVO (Hawaiian Volcano Observatory) will issue another statement when more information is available.”

Hawaiian Volcano Observatory (HVO) recorded an earthquake of magnitude 4.4 located beneath Kīlauea Volcano’s south flank at 10:36 pm local time, according to the advisory.

The eruption was reported at the Halemaumau Crater of the Kilauea Volcano, the Hawaii county Civil Defense Agency said in a tweet early on Monday, requesting residents to stay indoors.

“Trade winds will push any embedded ash toward the Southwest. Fallout is likely in the Kau District in Wood Valley, Pahala, Naalehu and Ocean View,” the tweet added. The eruption started with multiple fissures opening on the walls of Halemaumau crater, USGS said.