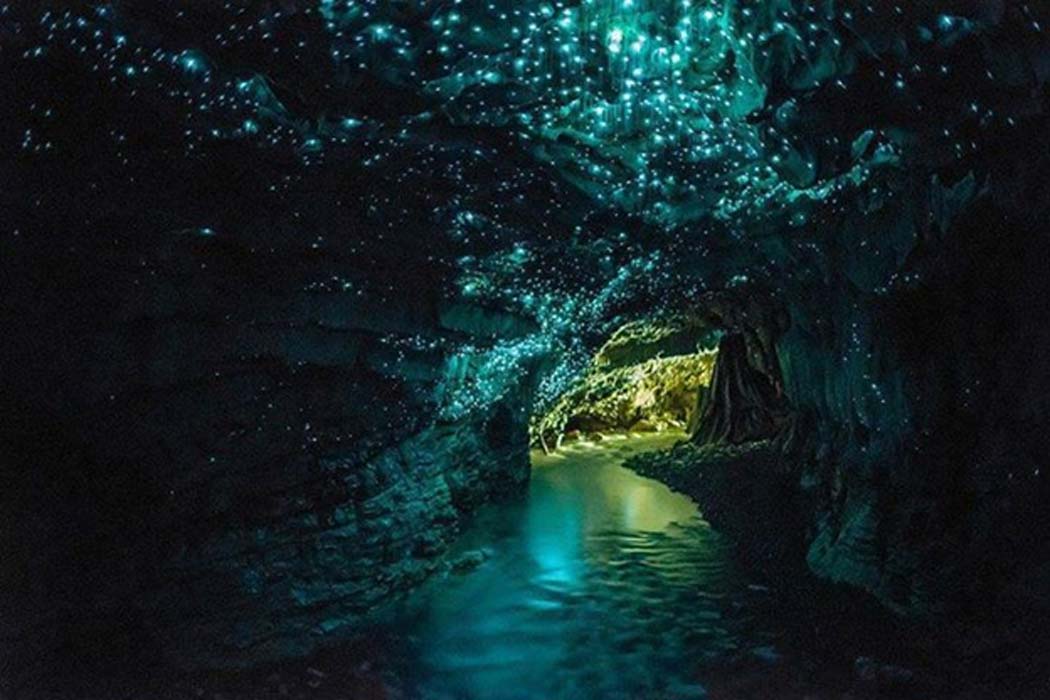 The Waitomo Glowworm Caves attraction is a cave at Waitomo on the North Island of New Zealand. It is known for its population of Arachnocampa luminosa, a glowworm species found exclusively in New Zealand. This cave is part of the waitomo streamway system that includes the Ruakuri Cave, Lucky Strike, and Tumutumu Cave.

The attraction has a modern visitor centre at the entrance, largely designed in wood. There are organized tours that include a boat ride under the glowworms.

The name “Waitomo” comes from the Māori words wai, water and tomo, hole or shaft. The local Māori people had known about the caves for about a century before a local Māori, originally from Kawhia, Tane Tinorau, and English surveyors, Laurence Cussen and Fred Mace, were shown the entrance in 1884 and Tane and Fred did extensive explorations in 1887 and 1888. Their exploration was conducted with candlelight on a raft going into the cave where the stream goes underground (now the cave’s tourist exit.) As they began their journey, they came across the Glowworm Grotto and were amazed by the twinkling glow coming from the ceiling. As they travelled further into the cave by poling themselves towards an embankment, they were also astounded by the limestone formations. These formations surrounded them in all shapes and sizes.

Seeing the caves is half the fun, but learning a little more about the caves will give you a richer experience. Here are some facts you must know about it: