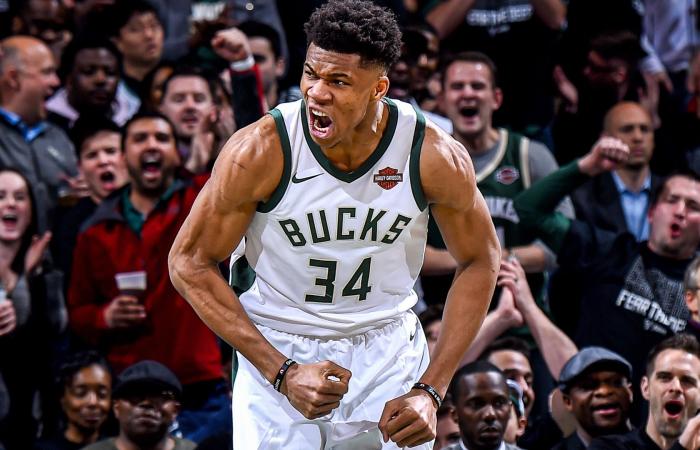 Milwaukee Bucks star Giannis Antetokounmpo has signed a contract extension worth a reported $228.2m (£170.1m) – the richest in NBA history.

The two-time Most Valuable Player, 26, has agreed a five-year deal.

His agent confirmed the details of the contract to ESPN, with the total value beating the mark of $228m (£169.9m) set by Houston Rockets guard James Harden in 2017.

“This is my home, this is my city,” said Antetokounmpo on social media.

“I’m blessed to be able to be a part of the Milwaukee Bucks for the next five years.

“Let’s make these years count – the show goes on, let’s get it.”

Greek forward Antetokounmpo, who was drafted 15th overall by the Bucks in 2013, would have been eligible for free agency after the 2020-21 season if he had not signed.

His new contract permits him to opt out of the deal after four years.

The Bucks finished top of the Eastern Conference last season, with the best record in the NBA, but were upset by the Miami Heat in the conference semi-finals during the play-offs.

Antetokounmpo was named the MVP for the second successive season in September and also won the Defensive Player of the Year – becoming only the third player, after Michael Jordan and Hakeem Olajuwon, to earn both in the same season.

Antetokounmpo’s average annual salary of $45.6m also surpasses the mark of Washington Wizards guard Russell Westbrook, who signed a five-year deal worth $206.8m with former team the Oklahoma City Thunder, the equivalent of $41.4m per year.

The delayed 2020-21 NBA campaign, which has been reduced to 72 regular-season games because of the coronavirus pandemic, is set to begin on 22 December.