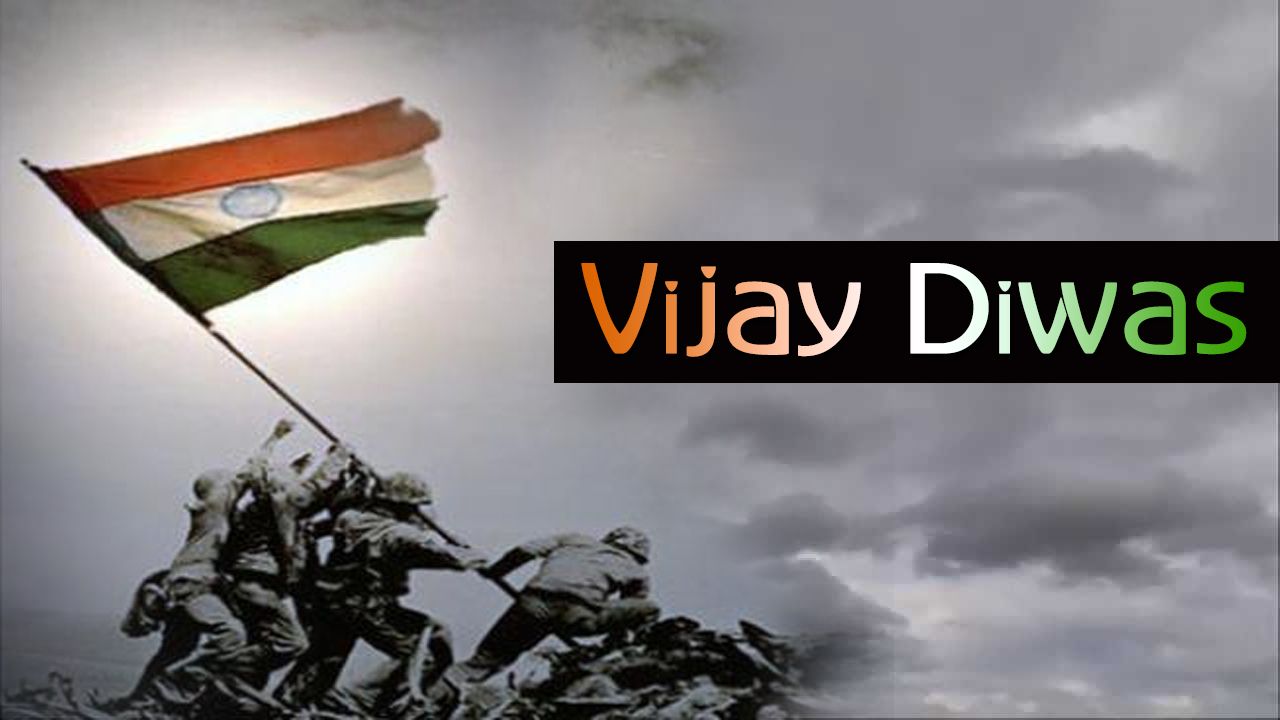 Vijay Diwas (Hindi: विजय दिवस, lit. Victory Day) is commemorated every 16th December in India, to observe Indian military’s victory over Pakistan in Indo-Pakistani War of 1971 for the liberation of Bangladesh from Pakistan.

The end of the war also resulted in the unilateral and unconditional surrender of the Pakistan Army and subsequent secession of East Pakistan into Bangladesh. On this day in 1971, the chief of the Pakistani forces, General Amir Abdullah Khan Niazi, along with 93,000 troops, surrendered to the allied forces consists of Indian Army and Mukti Bahini, led by General Jagjit Singh Aurora, of India in the Ramna Race Course, now Suhrawardy Udyan, in Dhaka after their defeat in the war. Same day and event is commemorated in Bangladesh as Bijoy Dibos (Bengali: বিজয় দিবস).

On 16 December every year, Citizens, senior officials, students & war veterans lay wreaths and remember the sacrifices of the soldiers. Member of Parliament Mr Rajeev Chandrasekhar, who has continued to support the ex-servicemen and the armed forces and pursued One Rank One Pension, says, “Don’t let down our heroes, as we commemorate Vijay Diwas.” The anniversary of Vijay Divas is observed across India by paying tributes to the martyrs who laid down their lives for the nation. In the nation’s capital New Delhi, the Indian Minister of Defence and heads of all three wings of the Indian armed forces pay homage at Amar Jawan Jyoti at India Gate in New Delhi, (which was constructed on the behalf of Indian victory in 1971 and to commemorate the heroism of the martyred) as well as in the National Military Memorial, Bangalore.

In today’s time, most people are not aware of the importance of the day, but it’s a day on which every Indian can feel proud.

Pakistan suffered a severe defeat in the Indo-Pak war of 1971. On 16 December 1971, 93,000 Pakistani soldiers surrendered in front of the Indian Army Commander Lt Gen Jagjit Singh Arora in Dhaka.

Thousands of Indian soldiers were martyred in this war that lasted for 13 days, but the Indian Army had proved its valor to the whole world.

The 1971 war of Indo-Pak was led by the Indian Army Chief General Sam Manekshaw. According to media reports, 3,900 Indian soldiers were martyred and 9,851 soldiers were injured in this war. After this India-Pakistan war, a new country was formed on the world map by the name of Bangladesh.