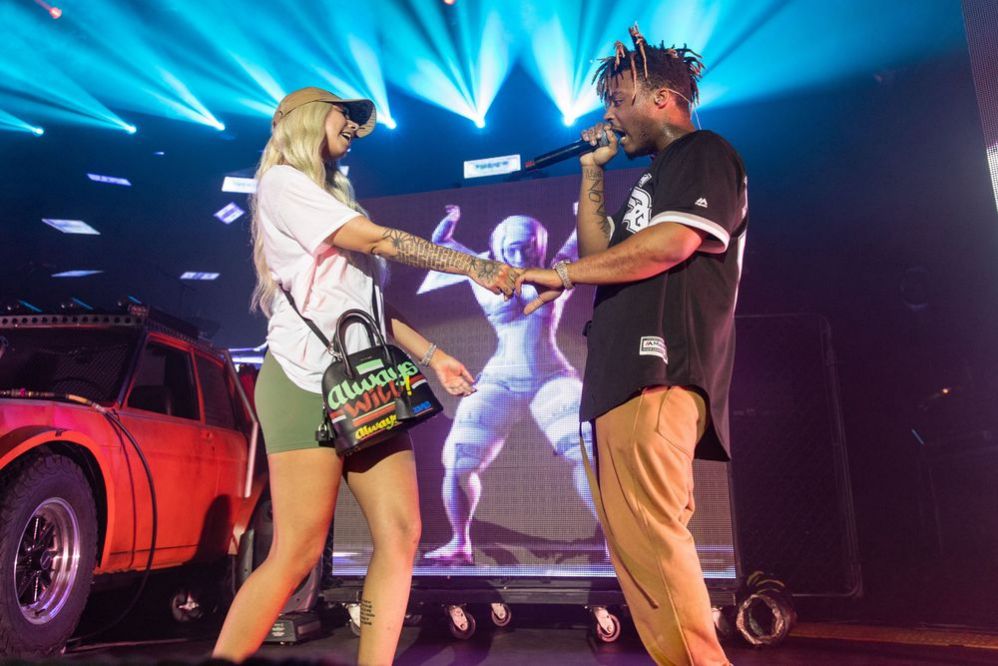 Juice Wrld’s girlfriend Ally Lotti recently opened up about her miscarriage she suffered after her rapper boyfriend’s death in 2019.

Juice Wrld’s girlfriend Ally Lotti revealed that she was carrying his baby in her womb when rapper Juice Wrld passed away. Talking about her miscarriage, she said that she lost the baby because of the stress and sadness of his demise had caused her. Speaking about his demise, Ally stated that the weeks are hitting hard now as the rapper would have turned 22 on December 2 this year.

According to a report by Meaww, Lotti also shared a photo on Twitter that seemed to show Juice Wrld touching her pregnant belly but later deleted those emotional tweets in which she disclosed that she was pregnant when she went on a tour to Japan and Australia with the singer. Ally Lotti talked about her miscarriage and mentioned that it was Juice Wrld’s dream to become a parent and that it was all he wanted. She further stated that both of them worked a lot, which took a toll on her body and constantly made her sick.

Lotti shared some emotional posts last week as well. They read, “Life is too hard to do alone” and “Who’s supposed to save me.” Ally tweeted about how to date she cannot get on a plane or hear sirens because it triggers her and also tweeted about how she remembers last year’s incidents minute by minute as if it happened minutes away. She shared the social media posts and tweets one day before Juice Wrld’s first death anniversary, which falls on December 8.